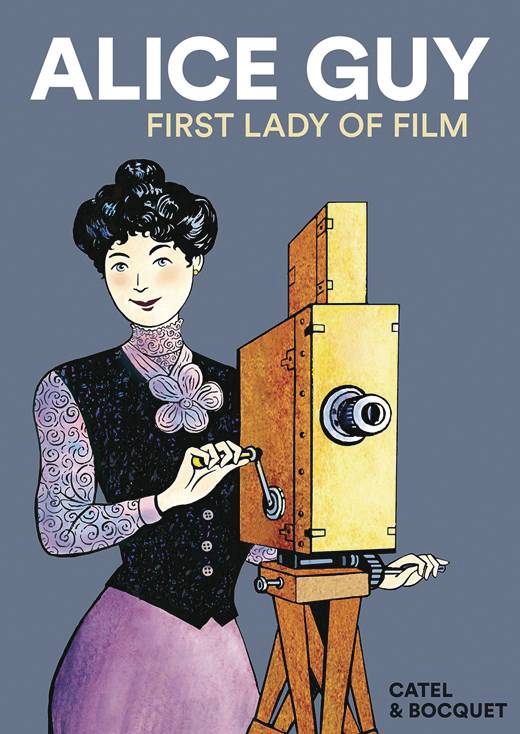 #
APR221802
(W) Jose-Luis Bocquet (A) Catel Muller
In 1895 the Lumière brothers invented the cinematograph. Less than a year later, 23-year-old Alice Guy, the first female filmmaker in cinema history, made The Cabbage Fairy, a 60-second movie, for Léon Gaumont, and would go on to direct more than 300 films before 1922. Her life is a shadow history of early cinema, the chronicle of an art form coming into its own. A free and independent woman who rubbed shoulders with masters such as Georges Méliès and the Lumières, she was the first to define the professions of screenwriter and producer. She directed the first feminist satire, then the first sword-and-sandal epic, before crossing the Atlantic in 1907 to the United States and becoming the first woman to found her own production company. Guy died in 1969, excluded from the annals of film history.
In Shops: Aug 17, 2022
SRP: $23.99
ORDER WISH LIST