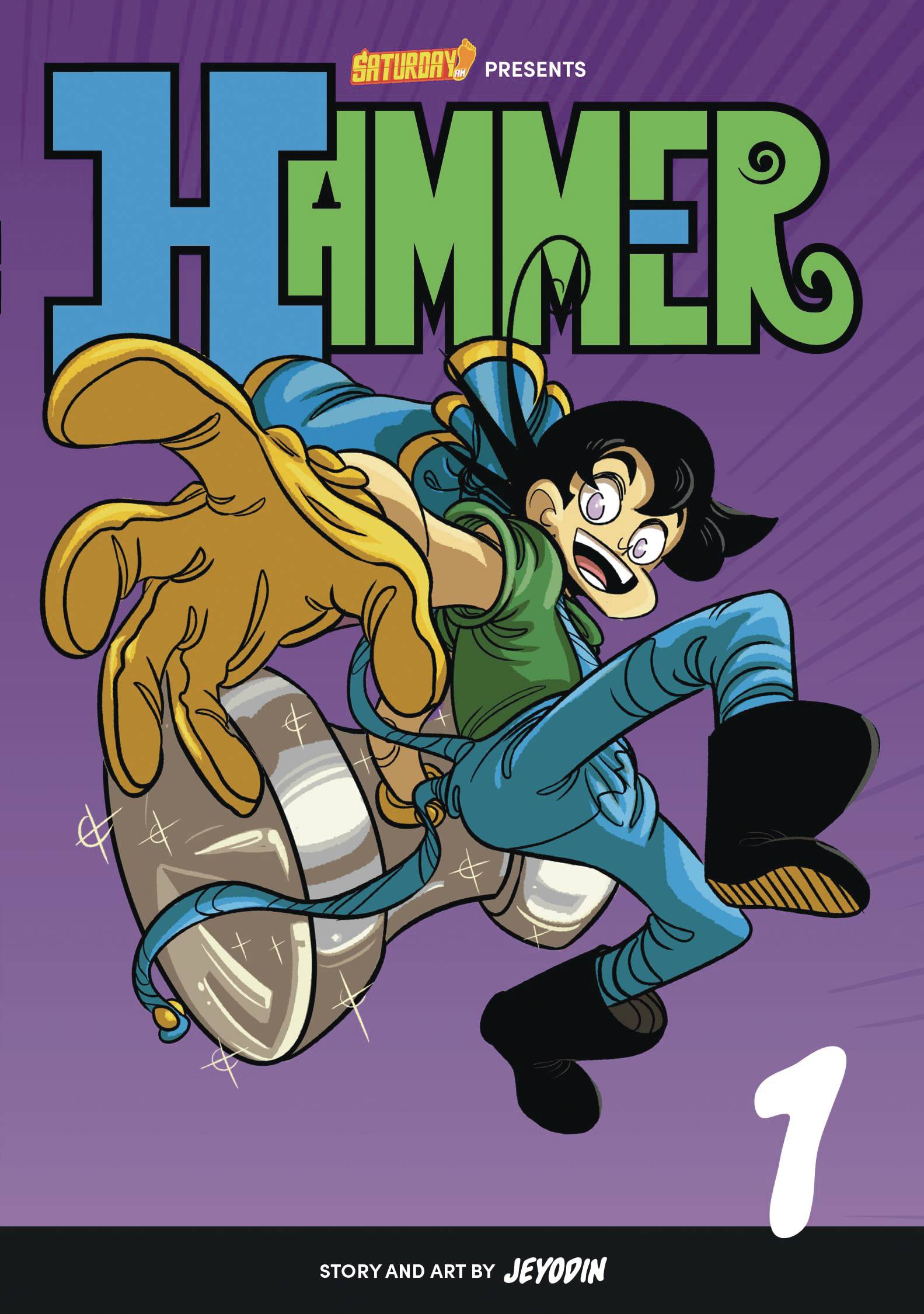 #
APR221749
(W) Jey Odin (A) Jey Odin
Stud is a 14-year-old boy whose father regularly abandons him on expeditions that he regularly catalogs in his own journals. Having to fend for himself, Stud isn't like most kids-he can turn his hands into hammers! Unfortunately, the kids in the village don't think it's cool and do not allow him to join their own fun adventures. When Stud stumbles upon one of his father's journals detailing his past adventures with Tara, Stud's mother, he unknowingly makes a wish and gets sucked into a book! With no way home in sight, he attempts to finally make a friend who can help him and thus chooses to aid the Mermaid Detective trying to solve the murder case. Can Stud solve this problem with his shiny hammer hands? He's going to try!
In Shops: Aug 10, 2022
SRP: $13.99
View All Items In This Series
ORDER SUBSCRIBE WISH LIST