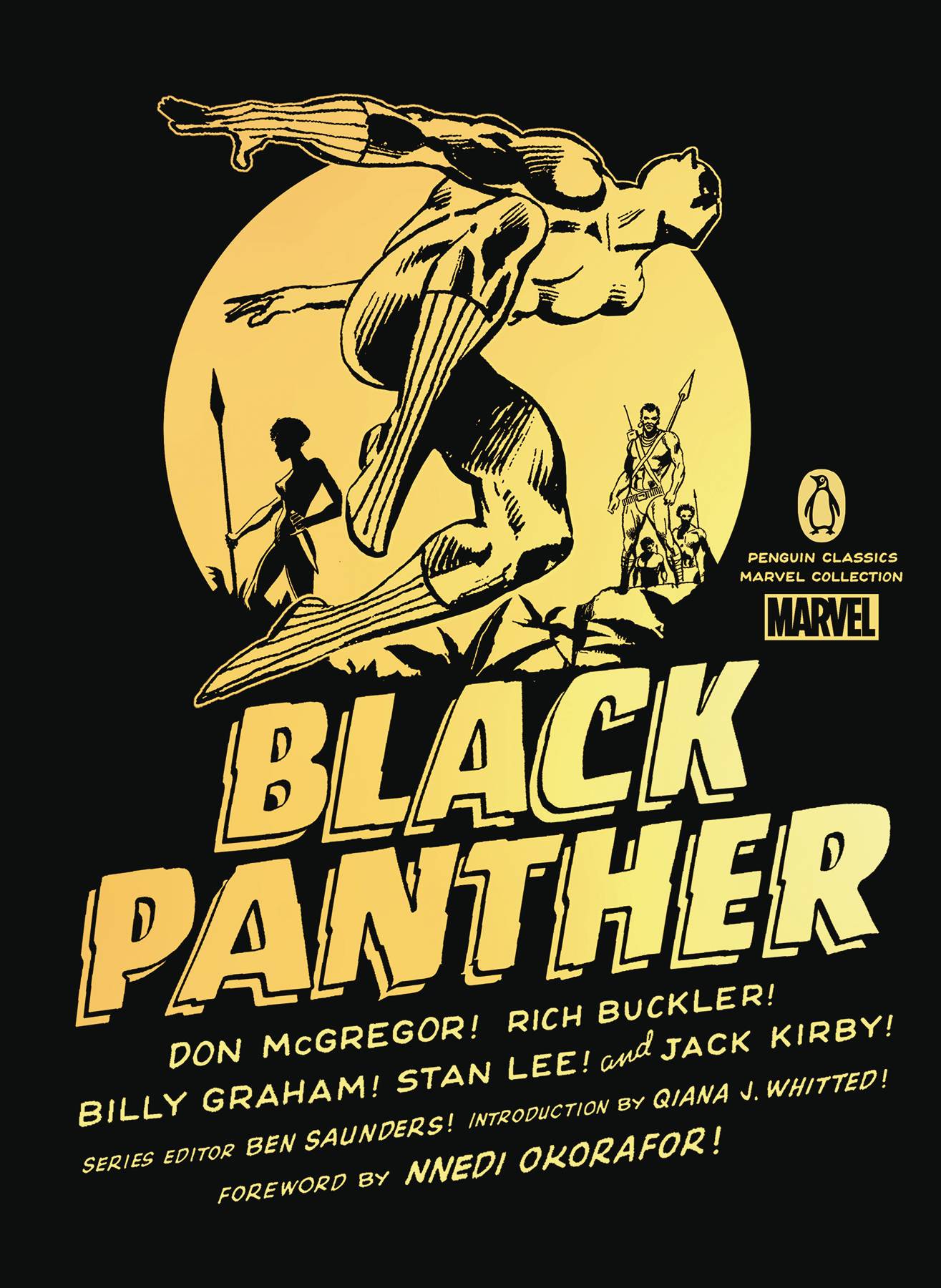 It is impossible to imagine American popular culture without Marvel Comics. For decades, Marvel has published groundbreaking visual narratives that sustain attention on multiple levels: as explorations of the relationship between power and responsibility; as metaphors for the experience of difference and otherness; as meditations on the pain of adolescence and the fluid nature of identity; as examinations of the meaning, and limits, of patriotism; as ironic juxtapositions of the cosmic and the quotidian; as resources for the understanding of political and social history; and as high watermarks in the artistic tradition of American cartooning. For the first time, these classic stories of some of the most iconic super heroes in the history of American comics are Penguin Classics.

As Black Panther and the leader of the hidden African nation of Wakanda, King T'Challa combines the legendary stealth of his namesake with the strength and intelligence to overcome his adversaries while earning the trust of his people. This anthology includes the Panther's 1966 origin story by Stan Lee and Jack Kirby, and the critically-acclaimed "Panther's Rage" from the character's 1970s solo series, by Don McGregor, Rich Buckler and Billy Graham; both series were produced during a turbulent moment in America's struggle for civil rights, and reflect that struggle in different ways. The introduction offers fresh insight into the thematic development of the Black Panther, along with the social and cultural influences that shape the world he inhabits.
In Shops: Jun 15, 2022
SRP: $50.00
View All Items In This Series
ORDER SUBSCRIBE WISH LIST