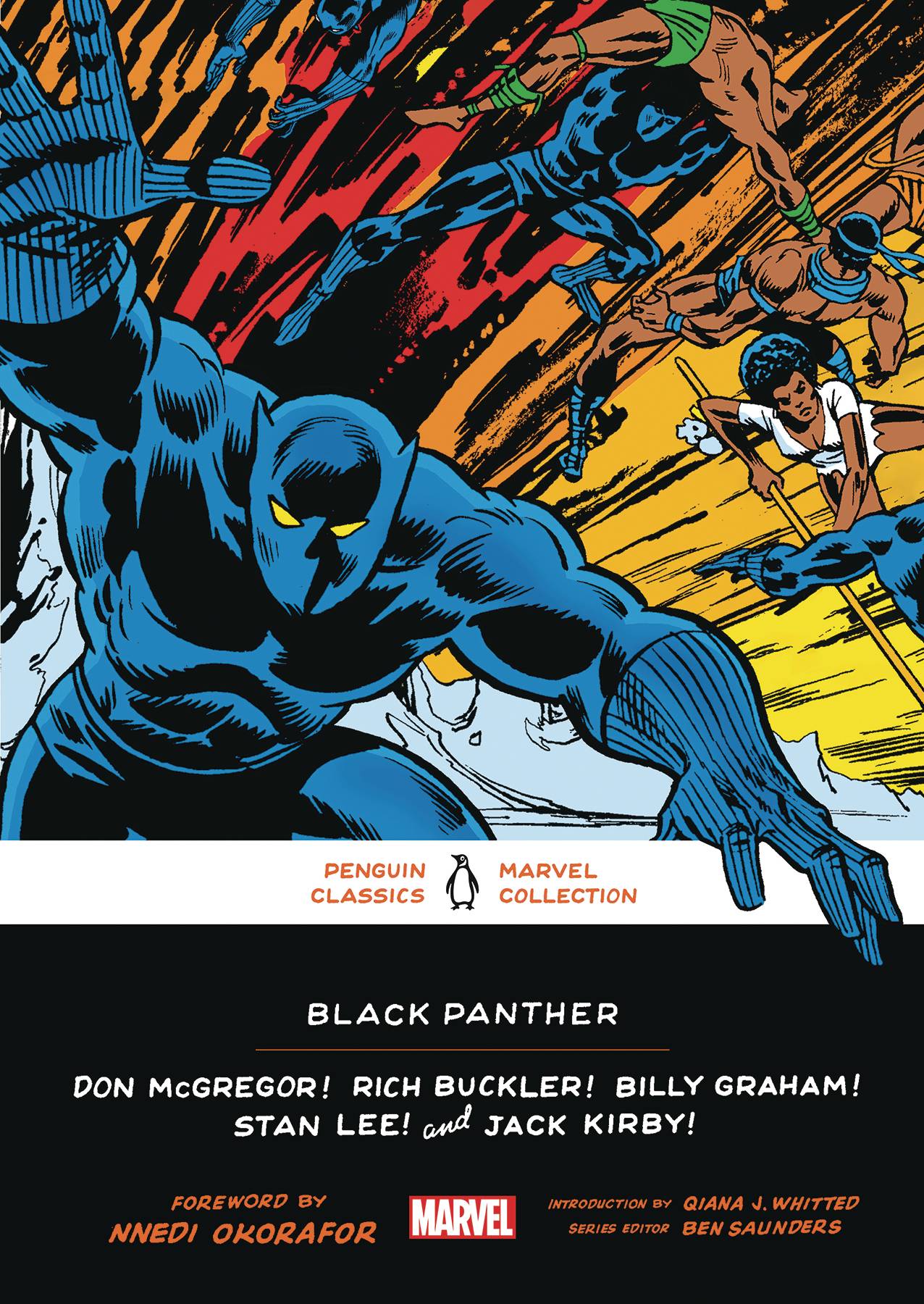 #
APR221724
(W) Don McGregor, Stan Lee (A) Jack Kirby, Billy Graham, Rich Buckler
Illustrated throughout, The Penguin Classics Marvel Collection presents specially curated comic book anthologies of the origin stories, seminal tales, and characters of the Marvel Universe to explore Marvel's transformative and timeless influence on an entire genre of fantasy. As Black Panther and the leader of the hidden African nation of Wakanda, King T'Challa combines the legendary stealth of his namesake with the strength and intelligence to overcome his adversaries while earning the trust of his people. This anthology includes the Panther's 1966 origin story by Stan Lee and Jack Kirby, and the critically-acclaimed "Panther's Rage" from the character's 1970s solo series, by Don McGregor, Rich Buckler and Billy Graham. The introduction offers fresh insight into the thematic development of the Black Panther, along with the social and cultural influences that shape the world he inhabits.
In Shops: Jun 15, 2022
SRP: $28.00
View All Items In This Series
ORDER SUBSCRIBE WISH LIST