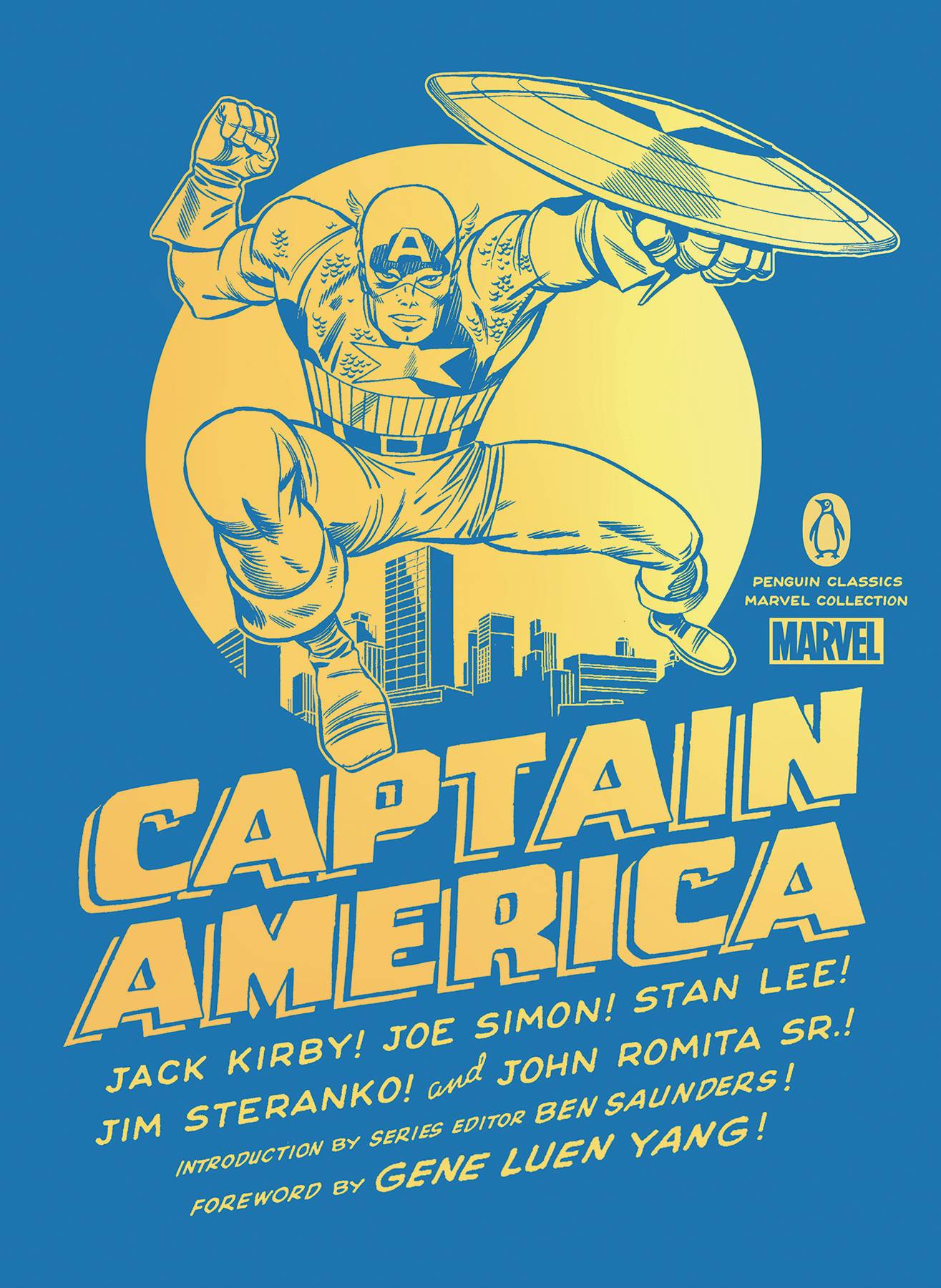 It is impossible to imagine American popular culture without Marvel Comics. For decades, Marvel has published groundbreaking visual narratives that sustain attention on multiple levels: as explorations of the relationship between power and responsibility; as metaphors for the experience of difference and otherness; as meditations on the pain of adolescence and the fluid nature of identity; as examinations of the meaning, and limits, of patriotism; as ironic juxtapositions of the cosmic and the quotidian; as resources for the understanding of political and social history; and as high watermarks in the artistic tradition of American cartooning. For the first time, these classic stories of some of the most iconic super heroes in the history of American comics are Penguin Classics.

Debuting in 1941-almost a year before the events of Pearl Harbor- Captain America was initially conceived by Joe Simon and Jack Kirby as a pop culture argument for US intervention in the European war against fascism. This collection includes his first appearances from 1941 alongside key examples of his first solo stories of the 1960s, in which the newly resurrected hero of World War II struggles to find his place in an unfamiliar world. The transformation of this American icon thus marks a parallel transformation in the nation itself. The introduction offers insight into the social and political significance of Captain America as a character and a national symbol, while a critical apparatus and appendices shed further light on his creative development.
In Shops: Jun 15, 2022
SRP: $50.00
View All Items In This Series
ORDER SUBSCRIBE WISH LIST