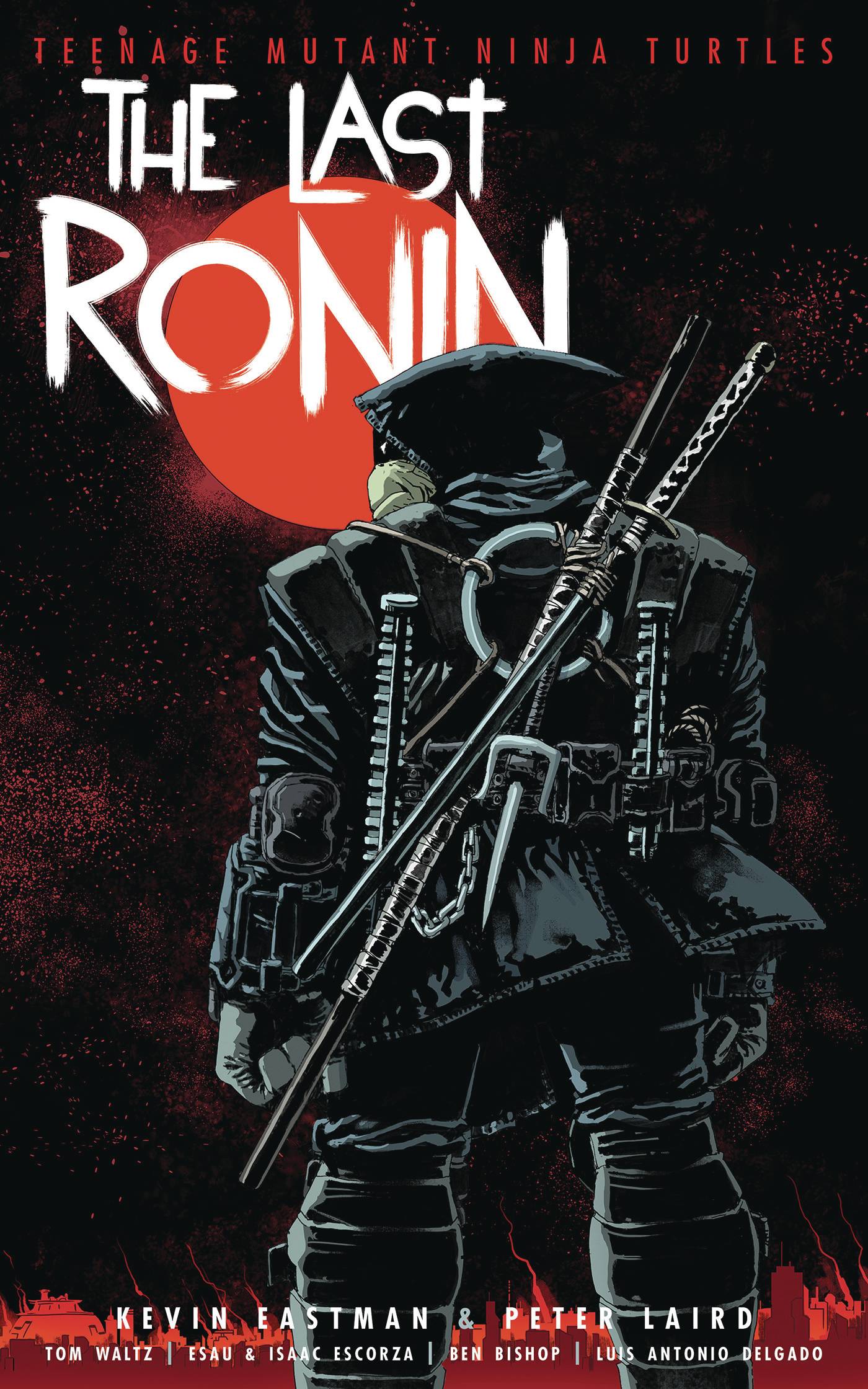 #
APR221590
(W) Kevin Eastman, Peter Laird, Tom Waltz (A/CA) Kevin Eastman, Esau Escorza, Issac Escorza
Who is the Last Ronin? In a future, battle-ravaged New York City, a lone surviving Turtle embarks on a seemingly hopeless mission seeking justice for the family he lost. From legendary TMNT co-creators Kevin Eastman and Peter Laird, get ready for the final story of the Teenage Mutant Ninja Turtles, three decades in the making! What terrible events destroyed his family and left New York a crumbling, post-apocalyptic nightmare? All will be revealed in this climactic Turtle tale that sees longtime friends becoming enemies and new allies emerging in the most unexpected places. Can the surviving Turtle triumph? Collects the complete five-issue miniseries in a new graphic novel, an adventure as fulfilling for longtime Turtles fans as it is accessible for readers just discovering the heroes in a half shell.
In Shops: Jun 29, 2022
SRP: $29.99