GHOSTS OF SCIENCE PAST HC 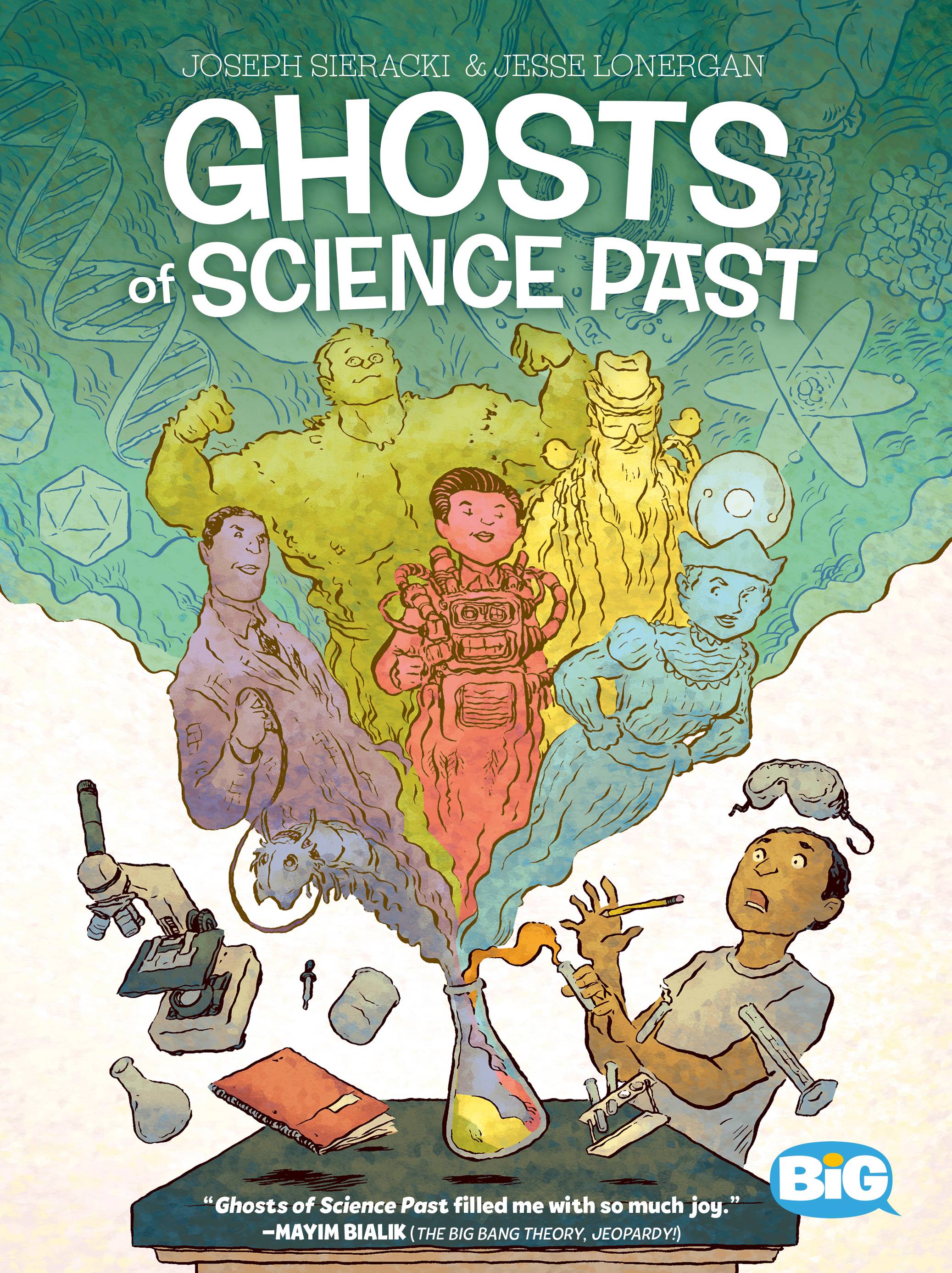 #
APR221542
(W) Joseph Sieracki (A) Jesse Lonergan
A teenager desperate to pass his Biology final is visited in the night, Christmas Carol-style, by the spirits of some of the greatest scientists in history.

Trevor suffers from an ailment common among high schoolers: apathy. He snoozes through science class, distrusts his teachers, and would rather stay up all night playing video games than studying for his upcoming science quiz. With an "F" in Biology looming ominously in Trevor's near future unless he finds motivation, Trevor's parents take away his video games for a week in an effort to make him buckle down and study. When he opens up his book, however, an epic adventure begins, and the greatest scientists in history become his guides-literally!
In Shops: Jun 29, 2022
SRP: $14.99
ORDER WISH LIST