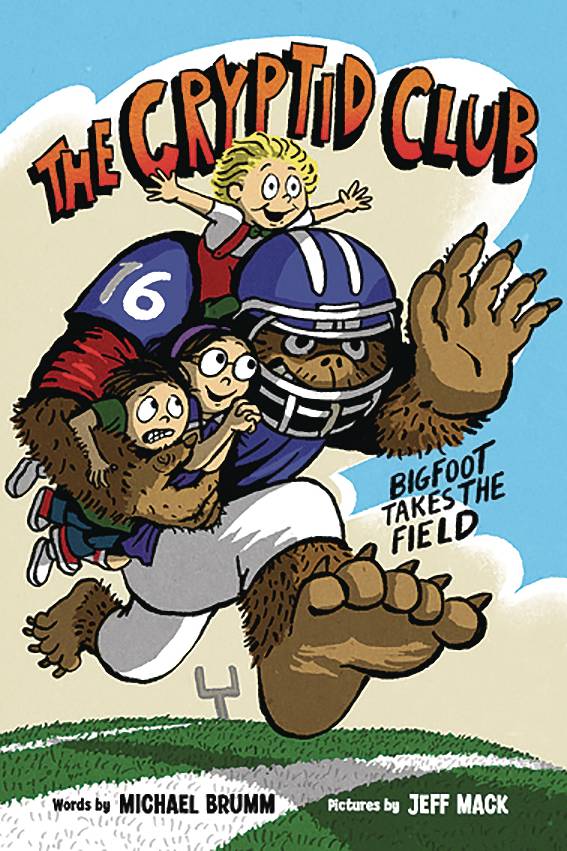 
In Bigfoot Takes the Field, the first book in the all-new, chapter book-style, graphic novel series The Cryptid Club, supersleuth Lily, her younger brother, Henry, and their peculiar, but lovable, neighbor Oliver band together to figure out why Bigfoot is hiding out at their school.

Lily knows better than to listen to the gossip her little brother, Henry, has heard, but when her school newspaper is in need of a big headline, the rumor that Bigfoot has spotted at school is the best lead Lily's got. The problem is that if Lily's going to break the story, she's going to have to get some legit evidence that this so-called showering yeti is really real. So when claw marks appear on the football equipment and animal hair starts clogging the team's showers, no one's happier than Lily. But can Lily, Henry, and Oliver discover why Bigfoot has come to their school before it's too late? It's the first book in the hilarious new Cryptid Club series from Emmy Award-winning writer Michael Brumm and bestselling illustrator Jeff Mack.
In Shops: Jun 22, 2022
SRP: $16.99
View All Items In This Series
ORDER SUBSCRIBE WISH LIST