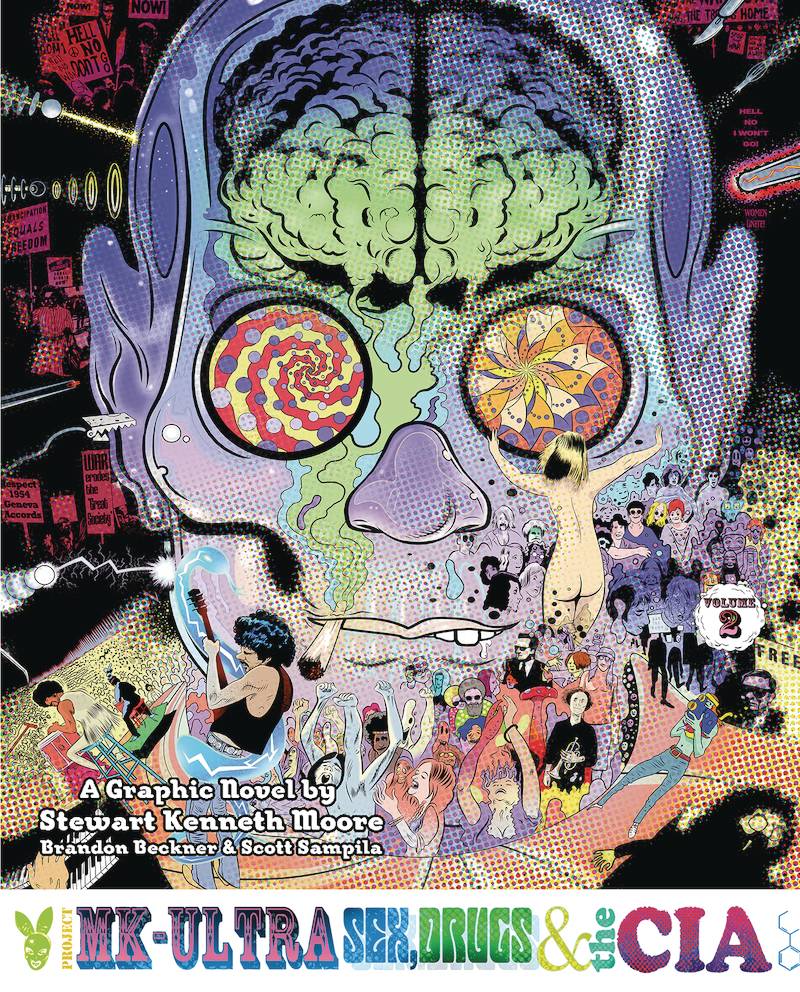 #
APR221367
(W) Stewart Kenneth Moore (A) Brandon Beckner, Scott Sampila
While most Americans were watching Leave it to Beaver and listening to The Everly Brothers, an eclectic group of CIA operatives were spiking each other's coffees with LSD, throwing decadent parties and hiring prostitutes to slip unsuspecting johns drug-laced drinks in order to observe every stoned and kinky moment from behind two-way mirrors.

And this was only when they weren't dreaming up the next far reaching "official" application for this new, all-powerful, mind-blowing drug - a drug that would ironically fuel the counter-culture over a decade later. Coincidence? Maybe not.

Based on actual events, Project MK-ULTRA is a zany, pop-culture laced Alice in Wonderland ride exploring the history of LSD through the eyes of a young, hungry journalist whose life is turned upside down when he's sucked into the absurdity of the CIA's most guarded top-secret Mind Control Project.

Picking up from Volume One's cliff-hanger ending, Volume Two catapults readers into the darkest reaches of this twisted tale as it psychedelically spirals towards a jaw-dropping conclusion - one which will undoubtedly leave readers re-thinking everything they thought they knew about the counterculture of the 1960s and 1970s.
In Shops: Nov 02, 2022
SRP: $24.99
View All Items In This Series
ORDER SUBSCRIBE WISH LIST