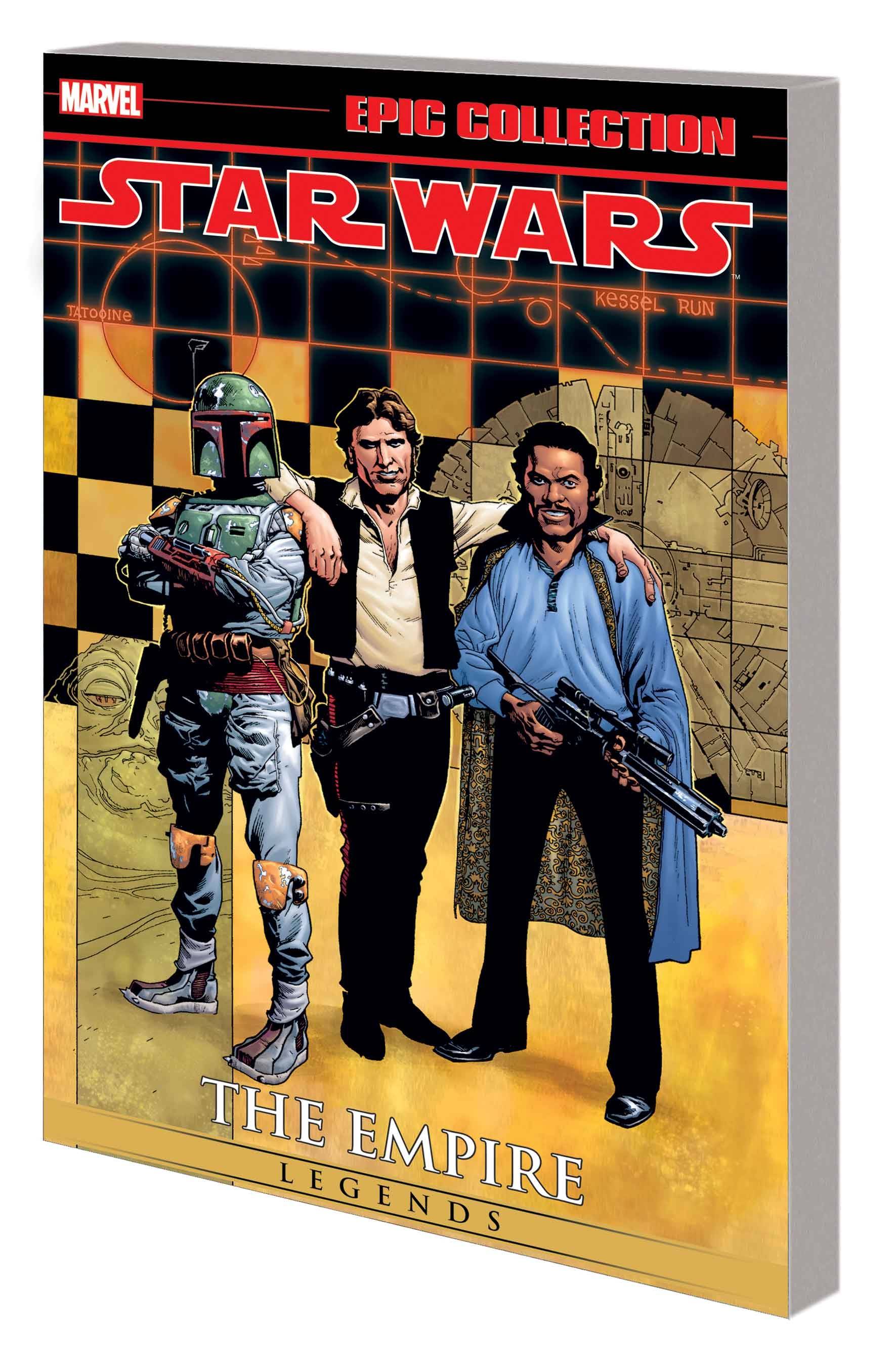 #
APR221083
(W) Tom Taylor, Various (A) Chris Scalf, Various (CA) Andrew Robinson
The Empire rules the galaxy - but for how long? When high-level Imperial officers plot to overthrow the Emperor, Vader must stop them - with the help of Boba Fett! Meanwhile, when a survivor of Fett's very first mission surfaces, Fett must choose whether to help him - or finish the job! And when Fett is seemingly killed, his child and her mother become unwitting targets. Plus: Other bounty hunters have become interested in a very special prize Fett wants for himself, with a scheme that draws the attention of scoundrels Han Solo, Chewbacca and Lando Calrissian! Collecting STAR WARS: BLOOD TIES #1-4, STAR WARS: BLOOD TIES - BOBA FETT IS DEAD #1-4, STAR WARS: EMPIRE #1-4, STAR WARS: UNDERWORLD - THE YAVIN VASSILIKA #1-5,
FREE COMIC BOOK DAY: STAR WARS 2013 and material from STAR WARS TALES #1-2, #6 and #16.
Rated T
In Shops: Aug 17, 2022
SRP: $44.99
View All Items In This Series
ORDER SUBSCRIBE WISH LIST