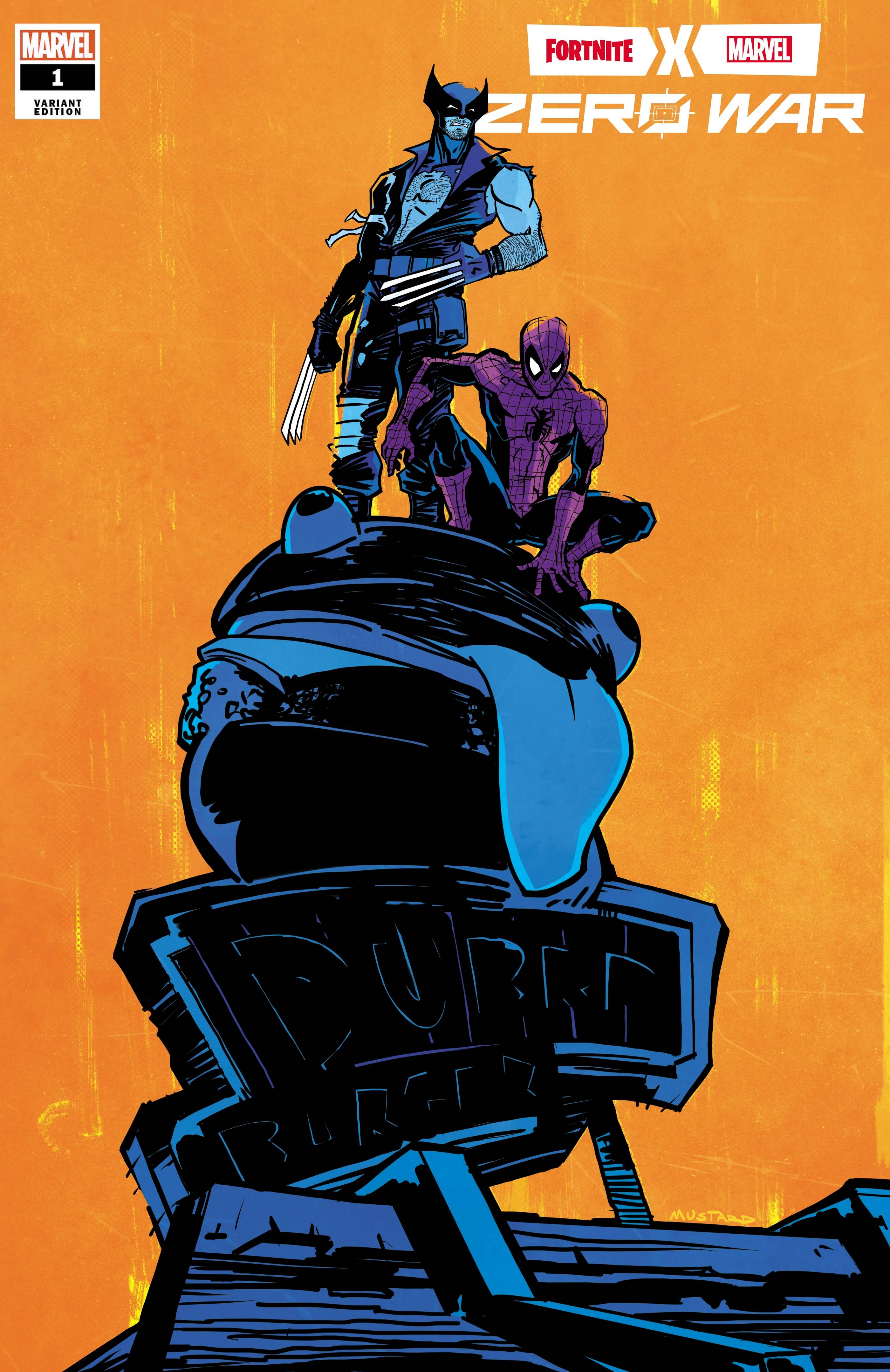 #
APR220742
(W) Christos Gage (A) Sergio Davila (CA) Donald Mustard
THE MARVEL UNIVERSE COLLIDES WITH FORTNITE!
The inhabitants on the Island are locked in what seems like a never-ending war, and only one thing has the potential to turn the tide - a crystallized fragment of the Zero Point that was cast into the Marvel Universe. Spider-Man and Wolverine team up with several Fornite fighters and new recruit Shuri to hunt down the elusive Zero Shard. Will these allies be able to find it in time and avert catastrophe? And can the heroes of the Marvel and Fortnite realities hold off the Imagined Order long enough to give them a fighting chance?
Epic Games' Chief Creative Officer, Donald Mustard, teams up with veteran Marvel writer Christos Gage (SPIDER-GEDDON, AVENGERS ACADEMY) and artist Sergio Dávila (CAPTAIN MARVEL) for a five-part crossover event with enormous ramifications for both universes! Each first print issue contains a redeemable code to unlock a bonus digital cosmetic in Fortnite!
RATED T+
In Shops: Jun 08, 2022
SRP: $5.99
View All Items In This Series