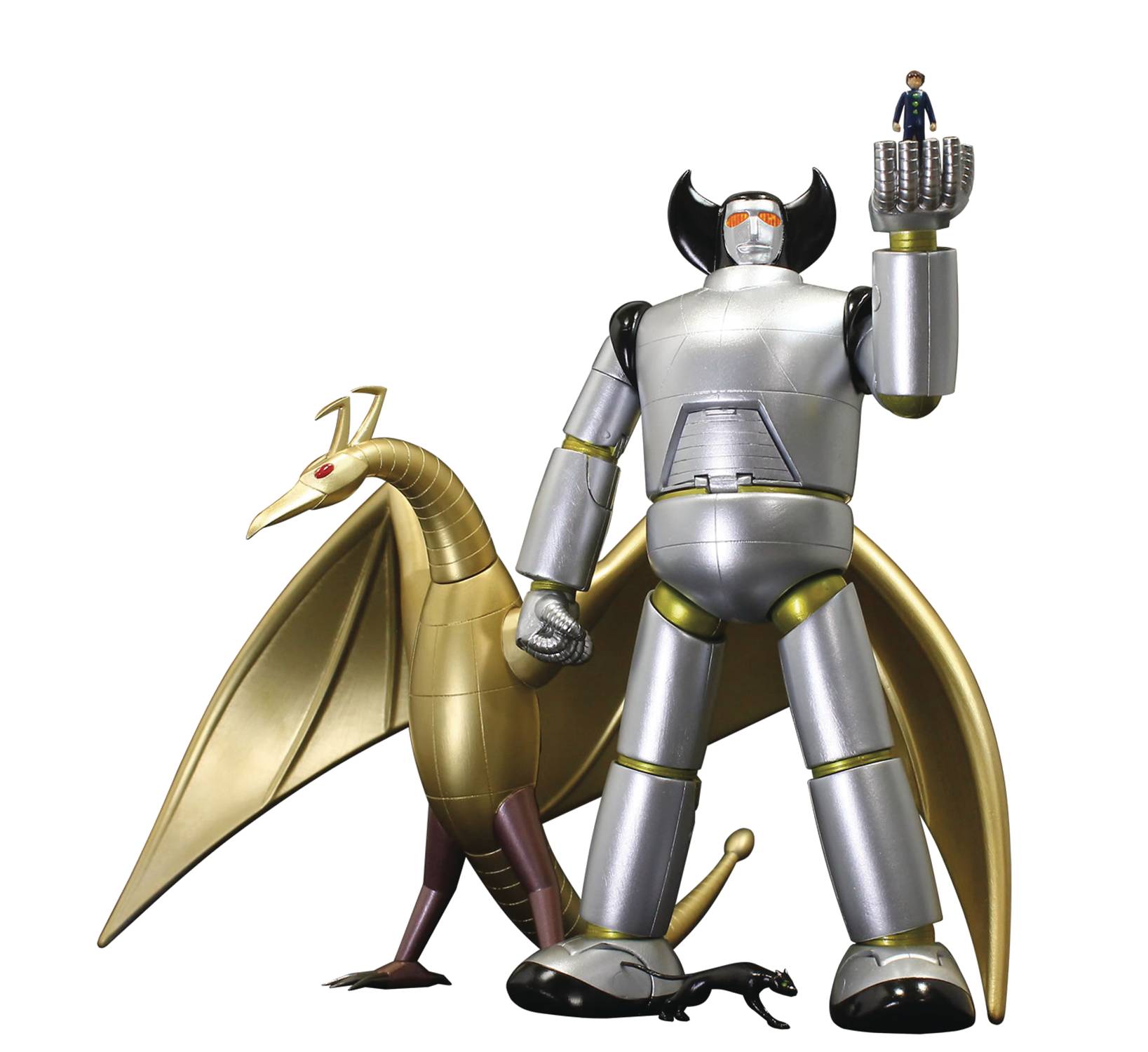 # # # # #
APR218862
From Evolution Toys. The giant humanoid robot Poseidon from Babylon II is now available in the Metal Action action figure series. The body of this figure features a large amount of die-cast parts, allowing you to enjoy the weight and durability of the figure. The torpedo storage parts are fully retractable, allowing you to recreate the classic torpedo firing scene. Figures of Koichi and Rodem are included, too. The head is equipped with built-in LEDs that allow the eyes to light up, too!