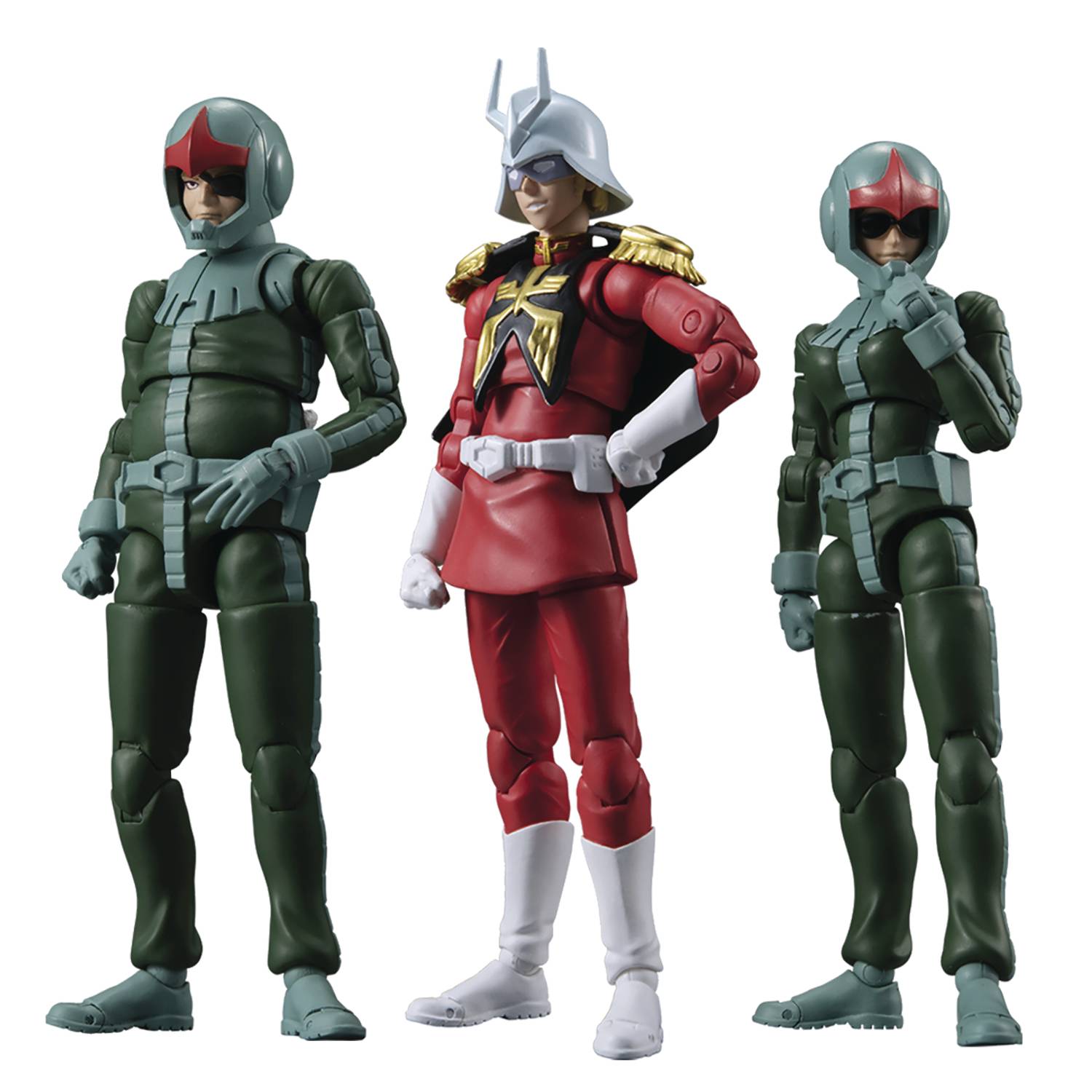 # # # # # #
APR218228
From MegaHouse. The third set in Gundam Military Generation is here, and this time focuses on an infiltration strategy, with two infantry disguised in normal pilot suits as well as the first main character to join the G.M.G series: Char Aznable! Displaying Standard Infantry 04 and 05 together with Char will enable you to pose them infiltrating an Earth Federation Forces base! Be sure to display them with the other soldiers previously released in the G.M.G. series for even more display opportunities!