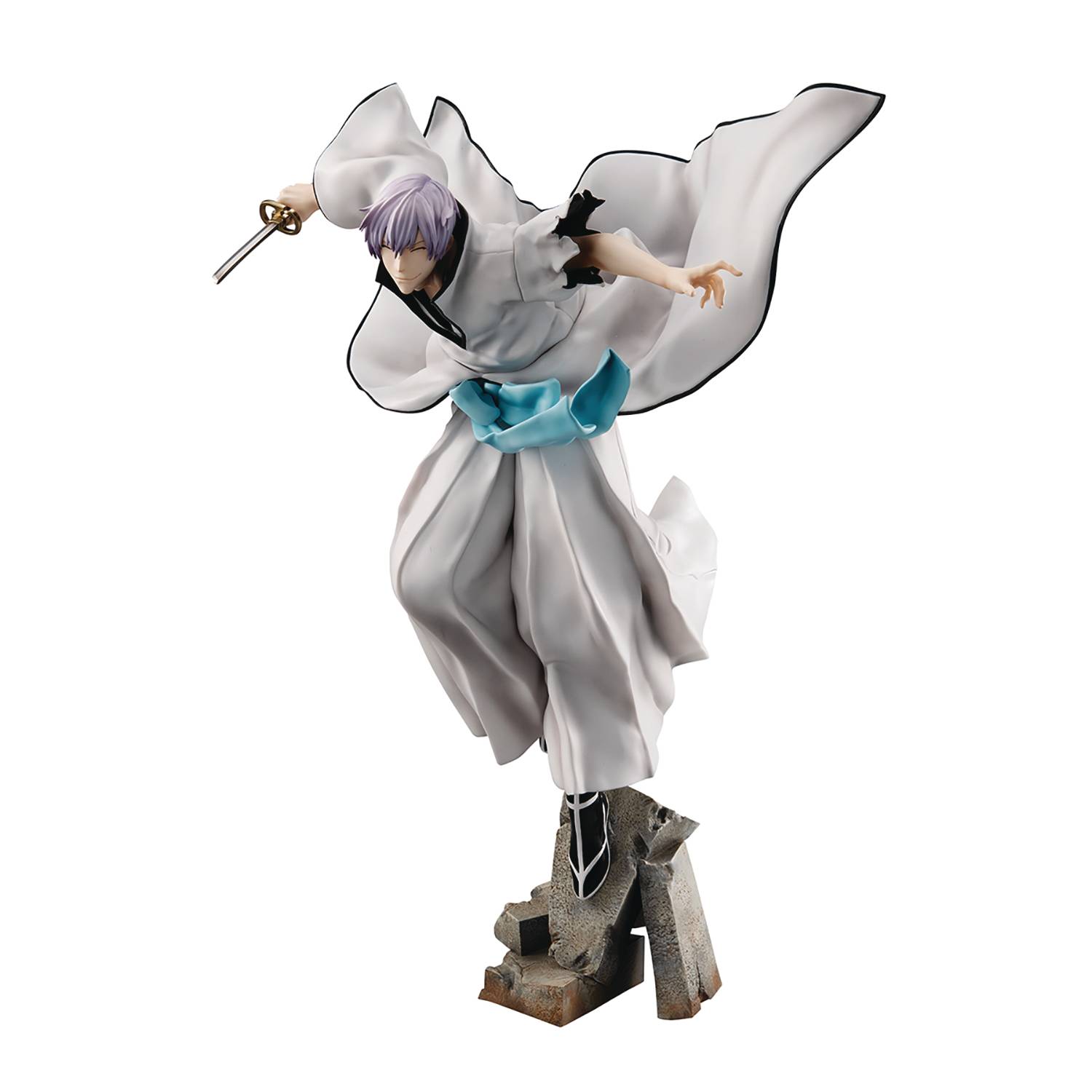 # # # # # #
APR218221
From MegaHouse. The Bleach manga which began back in 2001, even now continues to inspire fans, with the final chapter anime recently announced! To celebrate the 20th anniversary MegaHouse presents a G.E.M. figure of Gin Ichimaru! Gin is posed landing gracefully on some rocks as his white haori coat flutters around him, one sleeve is torn apart but his graceful arms and detailed finger tips sculpted in stunning detail. He comes with two face parts to choose from and measures about 12" tall.