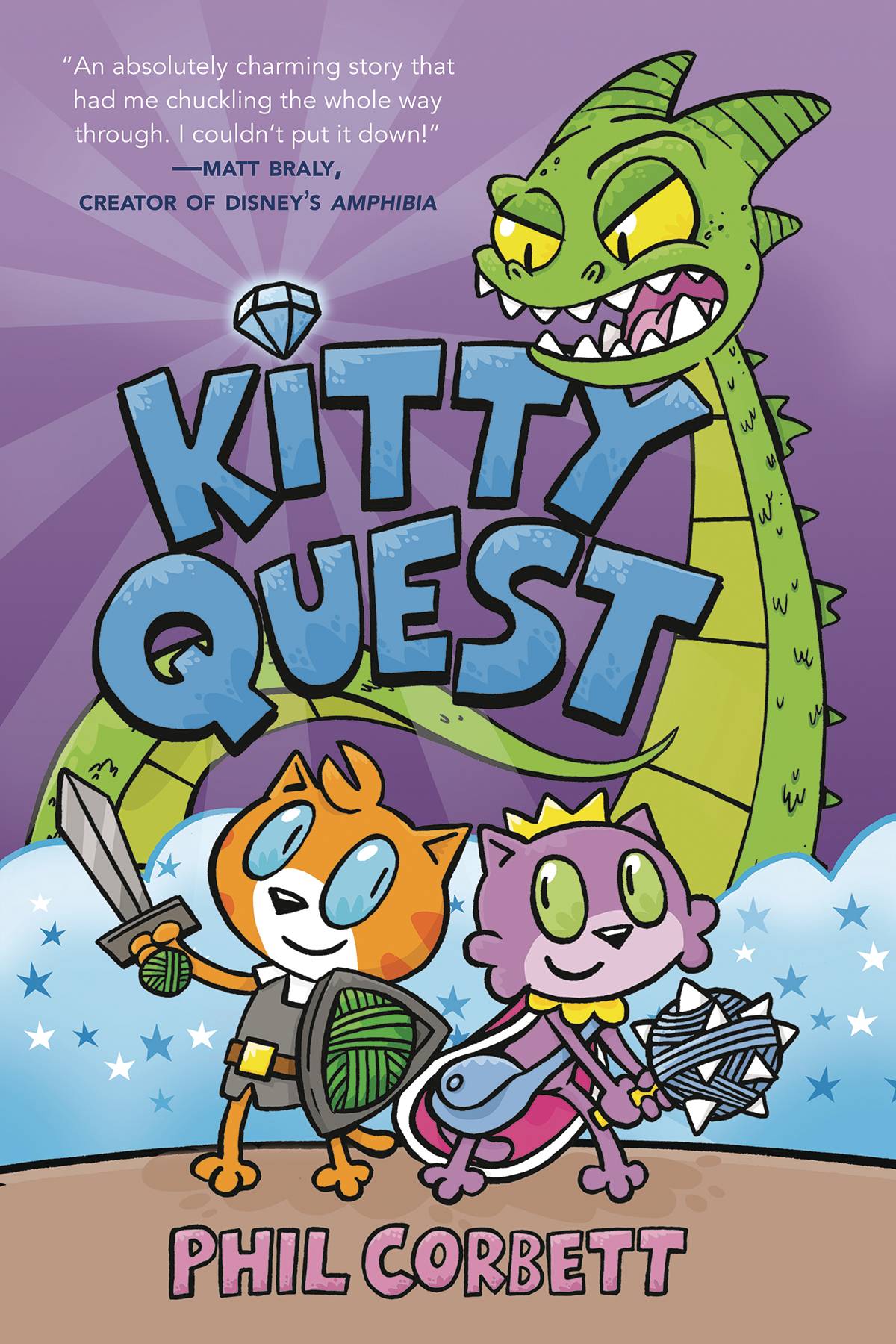 #
APR211872
(W) Phil Corbett (A) Phil Corbett
Dog Man meets the Lord of the Rings in this laugh-out-loud graphic novel debut about two aspiring adventurers who face off against startling ghosts, rampaging monsters, and bumbling wizards.
Matt Braly, creator of Disney's Amphibia, proclaims Kitty Quest is "an absolutely charming story that had me chuckling the whole way through. I couldn't put it down!"
Woolfrik and Perigold are two down-on-their-luck kittens in need of some extra cash, so they've decided to become professional monster slayers. Except they don't know the first thing about it! So when a huge beast starts rampaging through town, they are put to the ultimate test. Fortunately, the duo accidentally awakens a ghost named Earl Mortimore, who is the last not-so-living member of an ancient guild of warriors, and he's going to teach them everything he knows.
But the monster is just the beginning of their worries, because someone even more troublesome is pulling its strings. So even though they've never been in a battle-or even gone on a real quest before-it's up to these kittens to save the day and prove they've got what it takes to be heroes.
In Shops: Jun 16, 2021
SRP: $12.99
View All Items In This Series
ORDER SUBSCRIBE WISH LIST