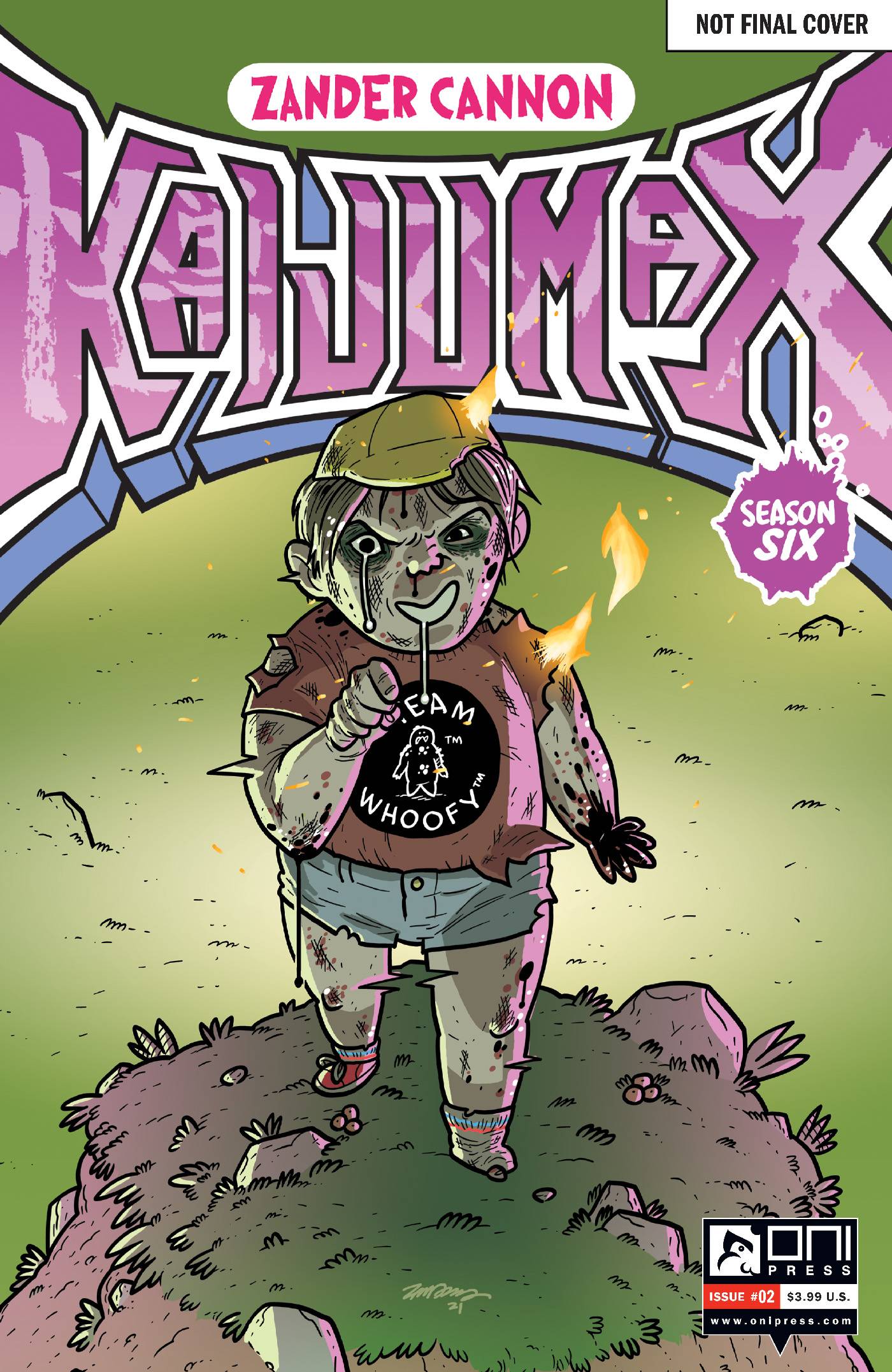 #
APR211835
(W) Zander Cannon (A) Zander Cannon
FINAL SEASON! The monstrous inmates of both the male and female KAIJUMAX prisons begin their exhausting, filthy, (and unpaid) work battling the three alien armadas who are attacking Earth. Whoofy, the all-powerful leader of the J-pop gang, has opted out of the fight, and remains in the prison for a new reconciliation program that puts him face-to-face with the victims of his gang's rampage thirty years ago. Those victims? The entire city of Chiba. Also: an alien-battling #resistance grift! Giant-size drunks in a giant-size bar! And... there but for the grace of Goj go I?
In Shops: Jun 30, 2021
SRP: $3.99
View All Items In This Series
ORDER SUBSCRIBE WISH LIST