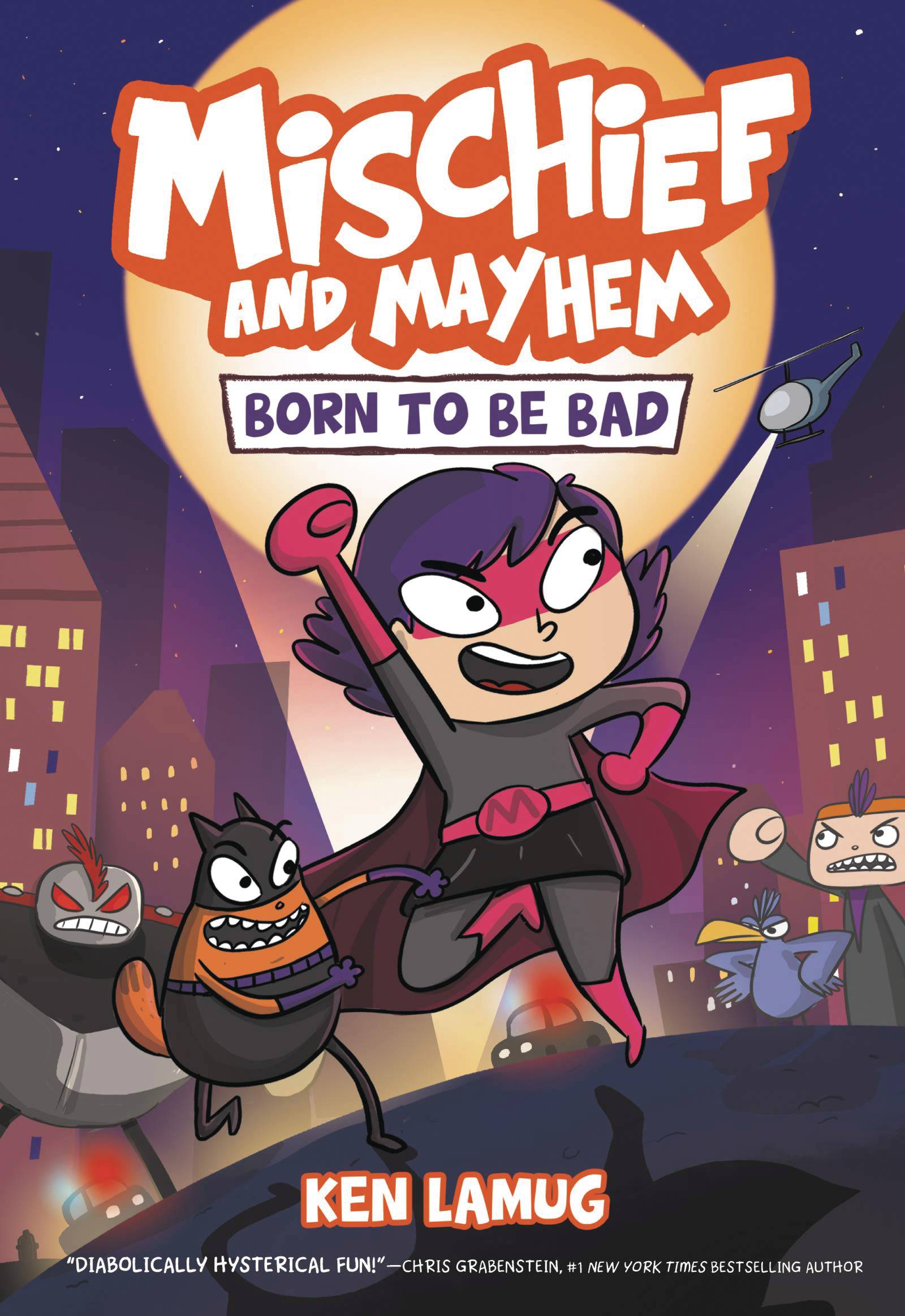 #
APR211774
(W) Ken Lamug (A) Ken Lamug
Dog Man meets Despicable Me in this crackling, hilarious middle grade graphic novel series from author-illustrator Ken Lamug, starring Mischief and Mayhem-a dynamic duo that falls into supervillainy after they're kicked out of superhero camp.
Mischief, and her side-cat, Mayhem, are your respectably heinous villains. They'll spoil new movies, steal cake from parties they weren't invited to, and hit the good citizens where it'll dirty them most-their toilet paper. But before Mischief and Mayhem were ever supervillains, they were just Missy and Gizmo, fresh recruits at superhero camp.
Only, Missy lied on her hero application and has exactly zero superpowers, just her brainpower. Missy is humiliated when caught and kicked out, and only fellow camp recruit Melvira stands by her. Unbeknownst to others, Melvira has a villainous agenda, and it involves helping Missy cross the line into villainy as her new alter ego, Mischief. But something about Melvira doesn't sit right with Missy, and soon she'll be called upon to battle her former best friend.
Will Missy be able to face the friend who was once her defender? Does Gizmo actually have nine lives? Will the town ever have TP again? The stakes are high and the battles epic, as the line between hero and villain gets flushed down the toilet.
In Shops: Jun 23, 2021
SRP: $19.99
View All Items In This Series
ORDER SUBSCRIBE WISH LIST