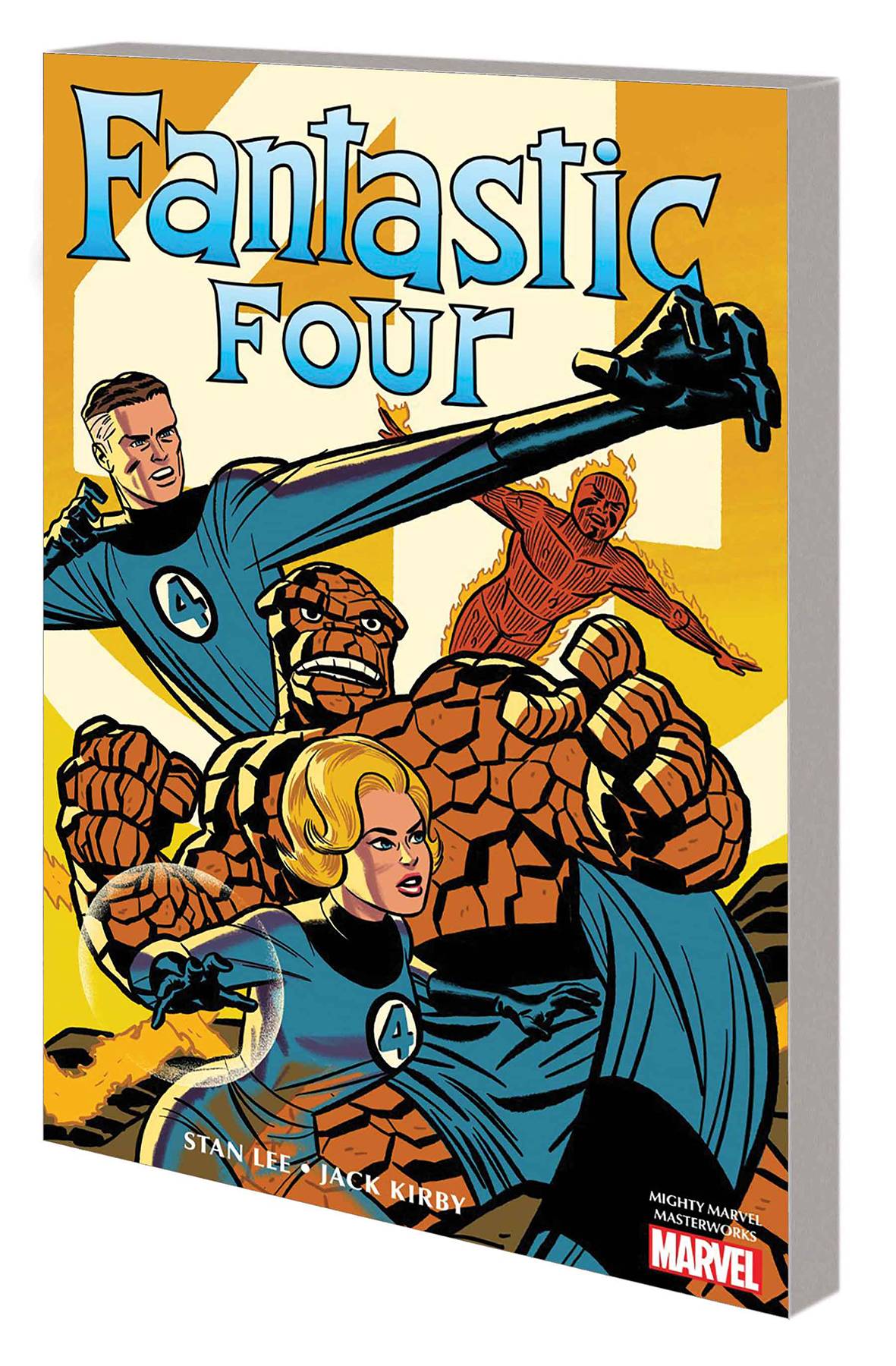 #
APR211007
(W) Stan Lee (A) Jack Kirby (CA) Michael Cho
The stories that built the Marvel Universe, from the brilliant minds of legendary creators - now available in an accessible new format the whole family can enjoy! While testing an experimental spacecraft, scientist Reed Richards, pilot Ben Grimm and siblings Sue and Johnny Storm were bombarded by mysterious cosmic rays. Upon their return to Earth, they found that they'd gained fantastic new abilities! From the boundless imaginations of Stan Lee and Jack Kirby, witness Mister Fantastic, the Thing, the Invisible Girl and the Human Torch overcome their differences and band together as the Fantastic Four - and thrill to their first battles with the Mole Man, the Skrulls, the Puppet Master, the Sub-Mariner and Doctor Doom! Discover why they call it "the World's Greatest Comic Magazine!" Collecting FANTASTIC FOUR (1961) #1-10.
272 PGS./Ages 10 & Up
In Shops: Jul 14, 2021
SRP: $15.99
View All Items In This Series
ORDER SUBSCRIBE WISH LIST