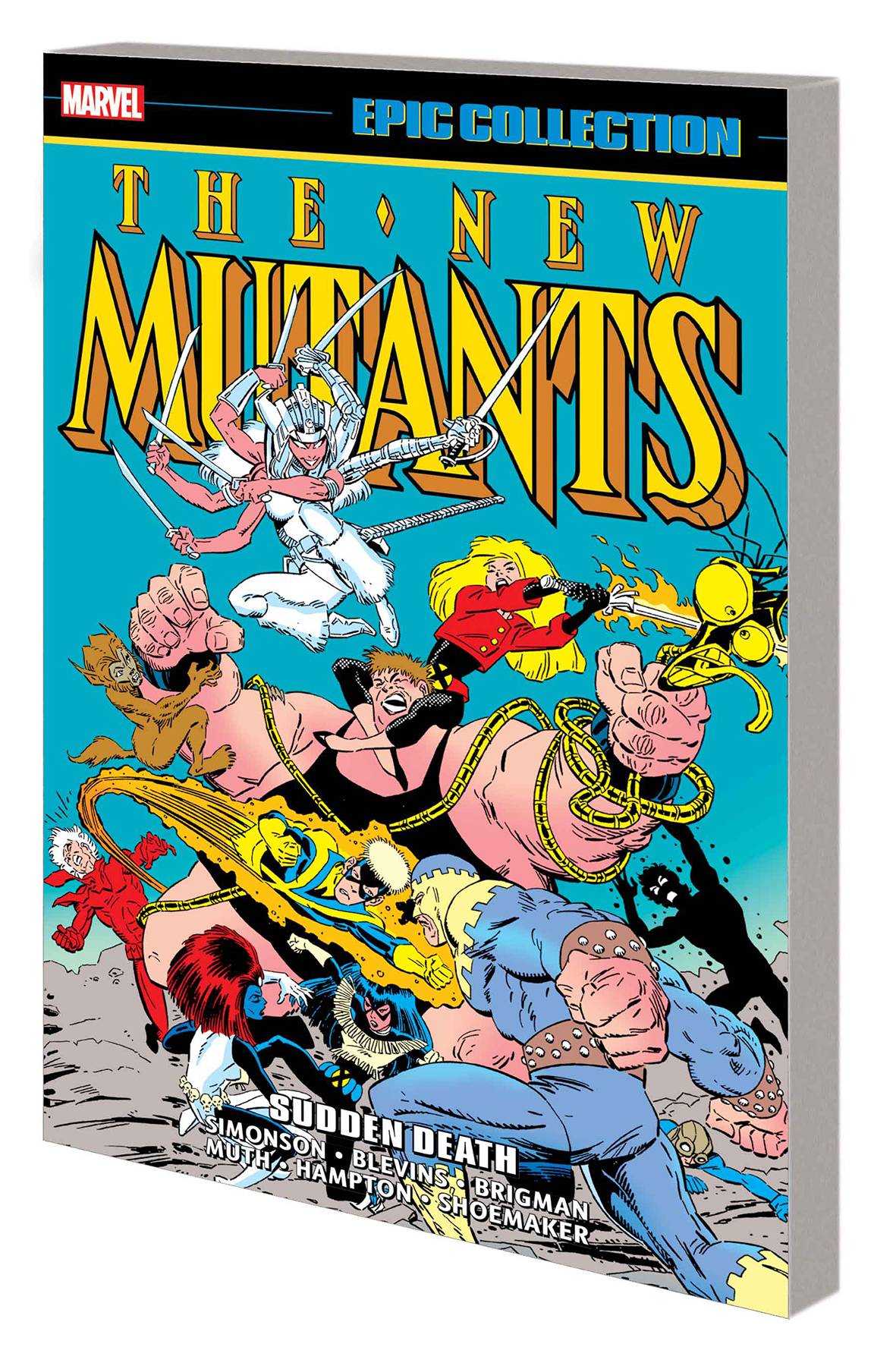 #
APR211000
(W) Louise Simonson, More (A) More (A/CA) Bret Blevins
Tragedy strikes the New Mutants! Meet Bird-Brain, a bizarre creature who's about to become the team's feathered friend. The New Mutants face off against their rivals, the Hellions, to track Bird-Brain down - but before the quest is done, one of them will switch sides! And there's worse in store for the team as they trace Bird-Brain's origins back to the freak-filled island of the Ani-Mator. Between Ani-Mator's weird science and the armored killers of the Right, one of the New Mutants will not return home! Shattered by grief, guilt and loss, how can the team possibly move forward? The New Mutants clash with Freedom Force, and the alluring alien Gosamyr draws the team into an outer space adventure. But as Illyana's rage grows, there's trouble brewing in Limbo. Collecting NEW MUTANTS (1983) #55-70 and ANNUAL #4.
464 PGS./Rated T
In Shops: Aug 04, 2021
SRP: $39.99
ORDER WISH LIST