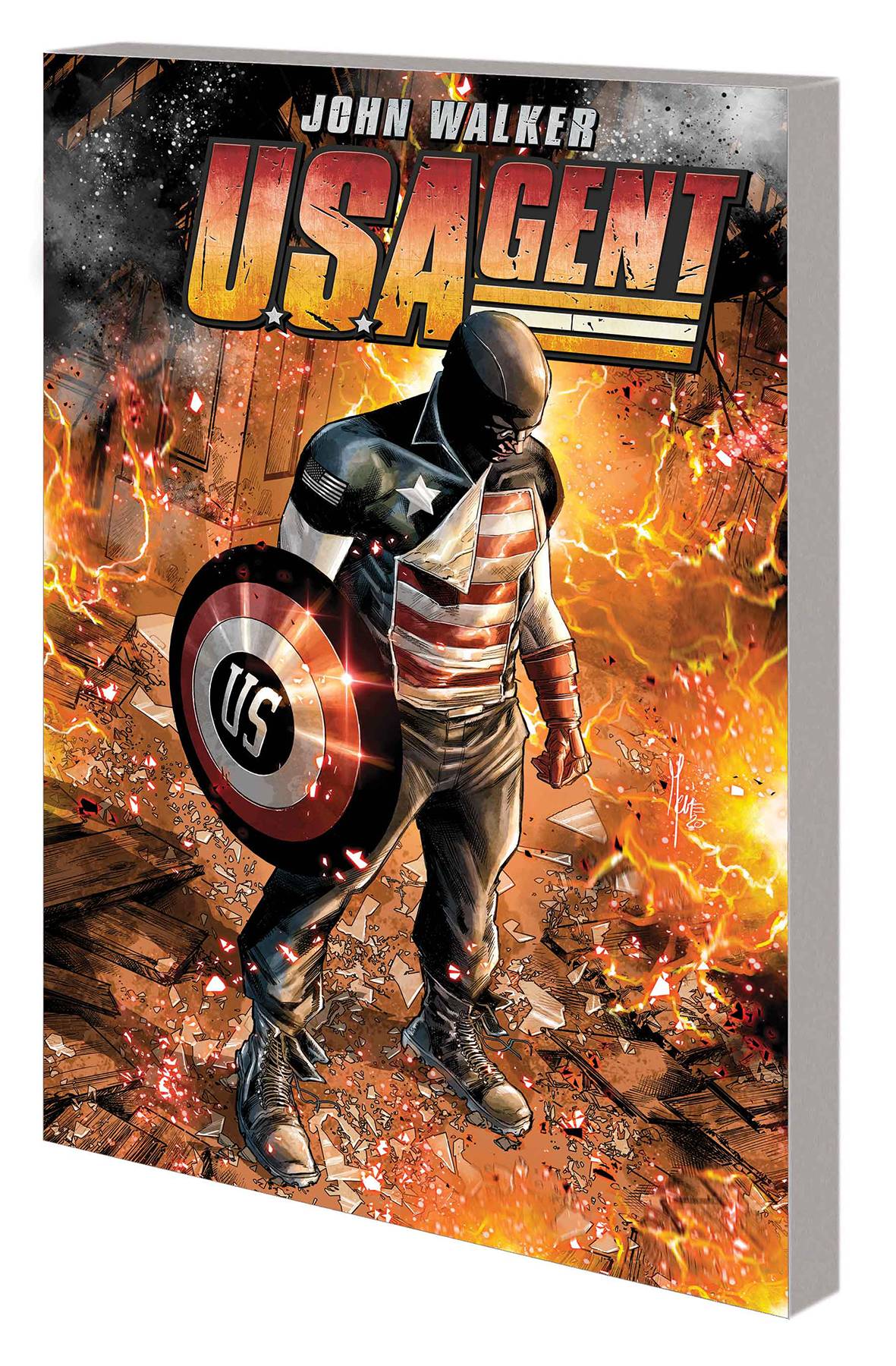 #
APR210995
(W) Priest (A) Georges Jeanty (CA) Marco Checchetto
The Super-Soldier you love to hate! John Walker, the one-time Captain America and former U.S.Agent, has been stripped of his official status and is now operating as an independent government contractor protecting covert interests. Now Walker's latest security detail draws him into a conflict between a small town and the corporate giant trying to destroy it. Along the way, Walker acquires a new partner and a new enemy - while being haunted by ghosts from his past and confronting challenges to his future. But when he abandons his assigned mission and heads to Washington to confront the politicians who engineered his firing, a ruthless and enigmatic new U.S.Agent arrives to take over - and he's willing to destroy anything and anyone who gets in his way! A showdown is coming, with a shield at stake for the winner! Collecting U.S.AGENT (2020) #1-5.
112 PGS./Rated T+
In Shops: Jun 23, 2021
SRP: $15.99
ORDER WISH LIST