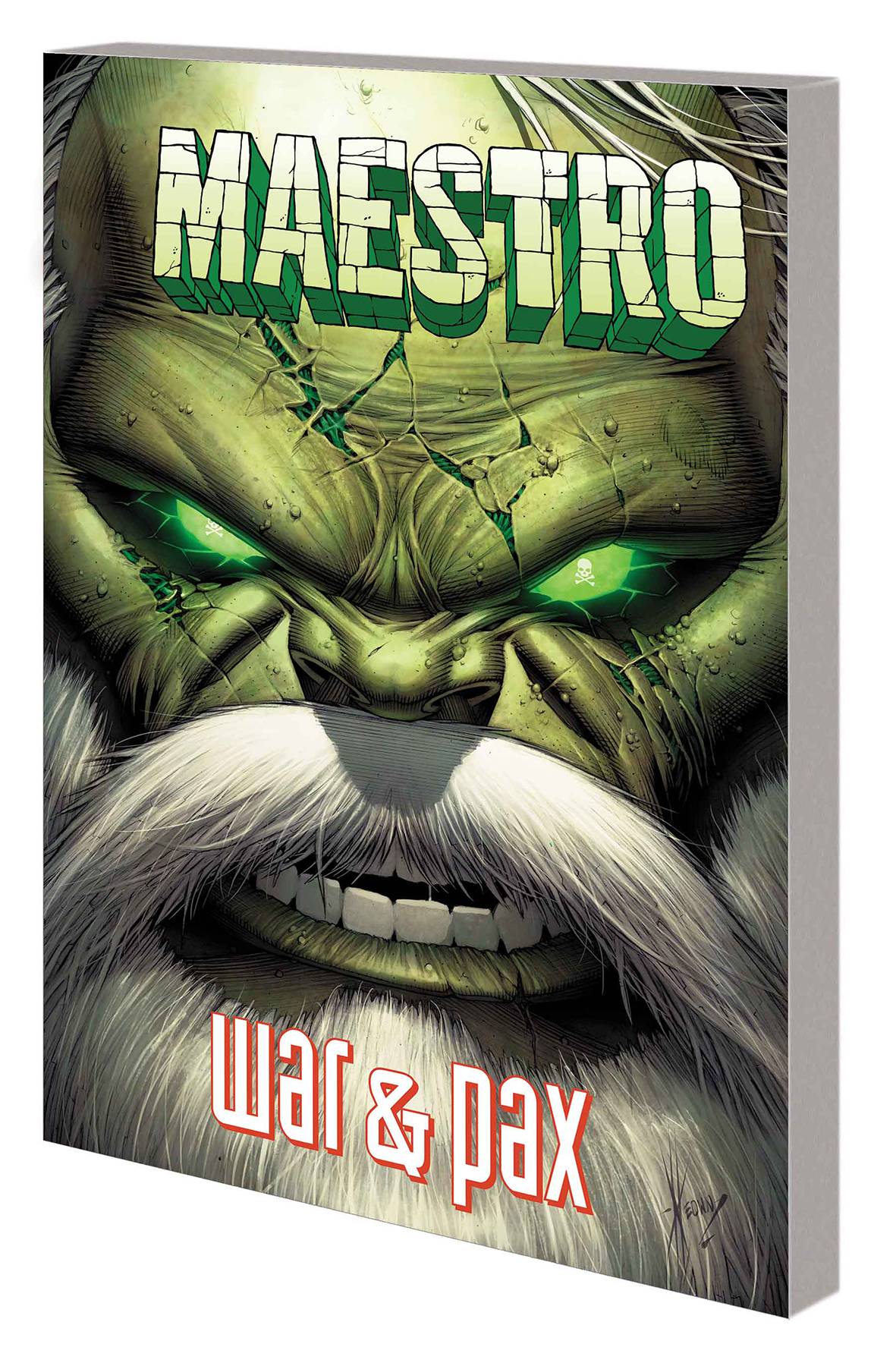 #
APR210993
(W) Peter David (A) Javier Pina, German Peralta (CA) Dale Keown
Call him the Maestro! In a broken future, the man once known as the Hulk is now neither man nor Hulk. After deposing Dystopia's ancient ruler, the Maestro sets his sights even higher. It's time everyone left on the ravaged planet Earth recognized their one true god! But the Maestro isn't the only would-be immortal left - and if he wants to truly dominate the globe, he'll have to face the most powerful beings left in creation. The Pantheon sees all - including a Hulk too powerful to leave alive! And just when his former allies have him on the ropes, the Maestro's true enemy shows his face at last - and nobody's going to like the future he has planned! Peter David continues the tale he began decades ago in the legendary HULK: FUTURE IMPERFECT! Collecting MAESTRO: WAR AND PAX #1-5.
120 PGS./Rated T+
In Shops: Aug 04, 2021
SRP: $15.99
ORDER WISH LIST