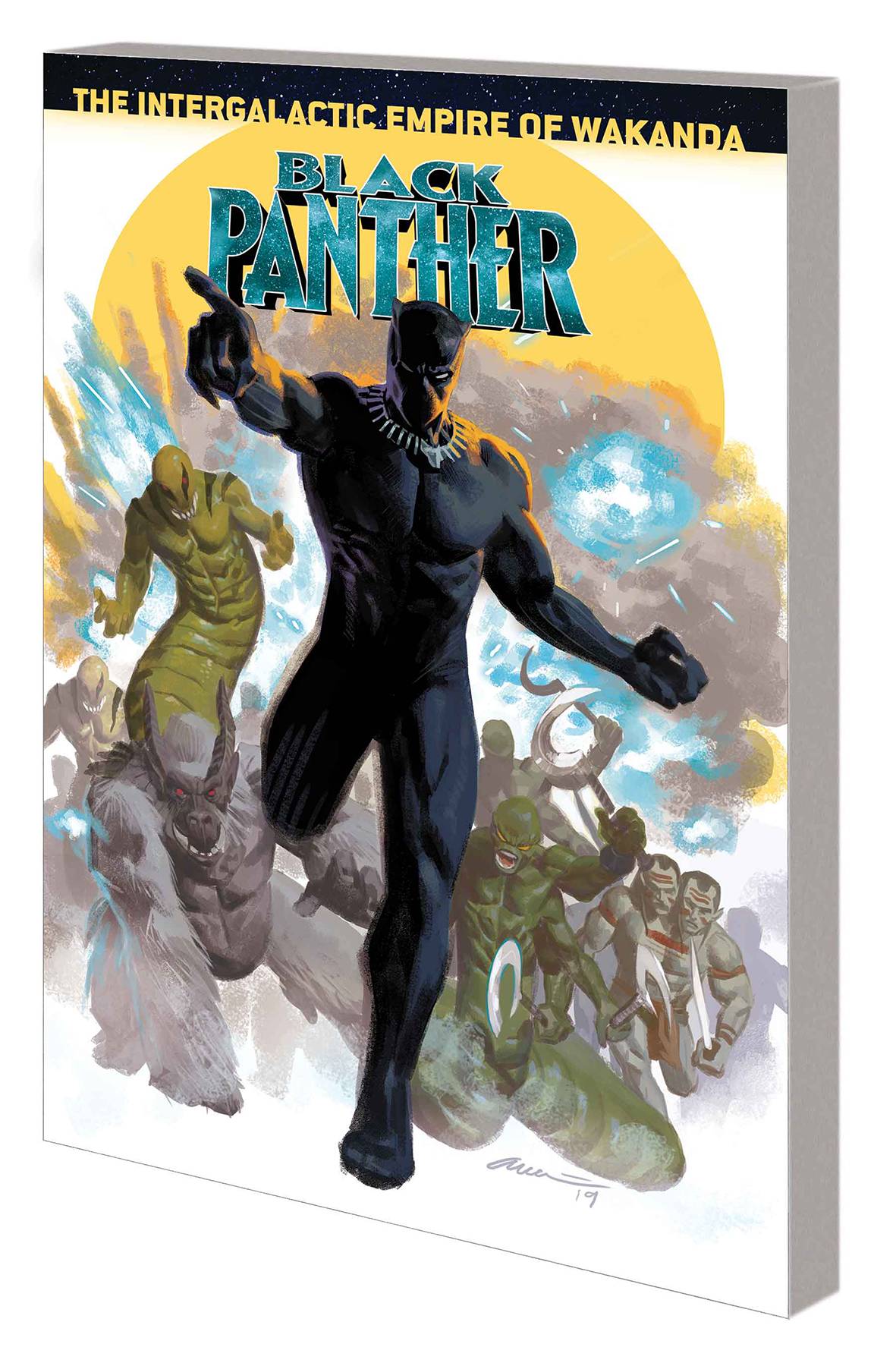 #
APR210990
(W) Ta-Nehisi Coates (A) Ryan Bodenheim, Brian Stelfreeze (CA) Daniel Acuna
The end of an era for the Black Panther! Ta-Nehisi Coates' landmark run reaches a tipping point as the ruthless N'Jadaka comes for Earth! To protect our planet from N'Jadaka's violent invasion, the nation of Wakanda must go to war against its own future - and its first, best and only hope lies in the Panther! But where is he? Even the gods are beginning to despair - but Bast will not abandon her avatar, even if she has to recruit an outsider to save him! Coates brings T'Challa full circle, back to the home he left behind and the crown he has never fully accepted. This is the story of a king who sought to be a hero, a hero reduced to a slave and a slave who advanced into legend! Collecting BLACK PANTHER (2018) #19-25.
176 PGS./Rated T
In Shops: Jul 07, 2021
SRP: $19.99
View All Items In This Series
ORDER SUBSCRIBE WISH LIST