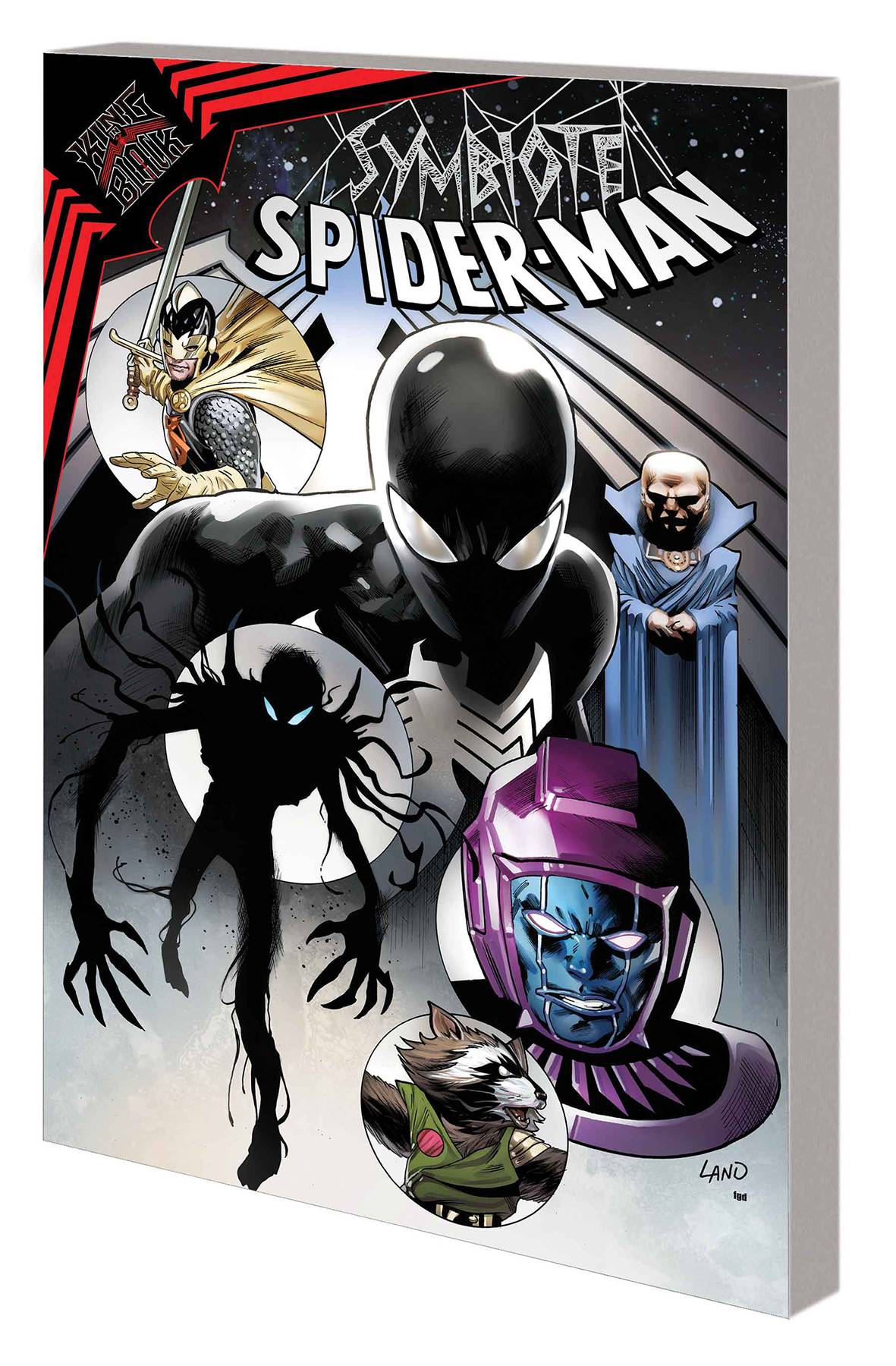 #
APR210989
(W) Peter David (A/CA) Greg Land
Knull has set his sights on Earth in the present day, but his hand has been at work at the edge of the Marvel Universe for years! Witness one of the King in Black's earliest attempts at birthing life from the darkness of non-creation! Take a wild trip with Spider-Man as he aligns himself with...Kang the Conqueror?! That can't be right! The Black Knight sounds like a more sensible team-up to stop an otherworldly plot threatening to turn every living thing in the universe into creatures made of shadow! But who else will be there to help our friendly neighborhood wall-crawler? You'll have to see it to believe it as Peter David and Greg Land reunite to continue the untold adventures of Peter Parker in the symbiote suit! Collecting SYMBIOTE SPIDER-MAN: KING IN BLACK #1-5.
112 PGS./Rated T
In Shops: Jul 07, 2021
SRP: $15.99
ORDER WISH LIST