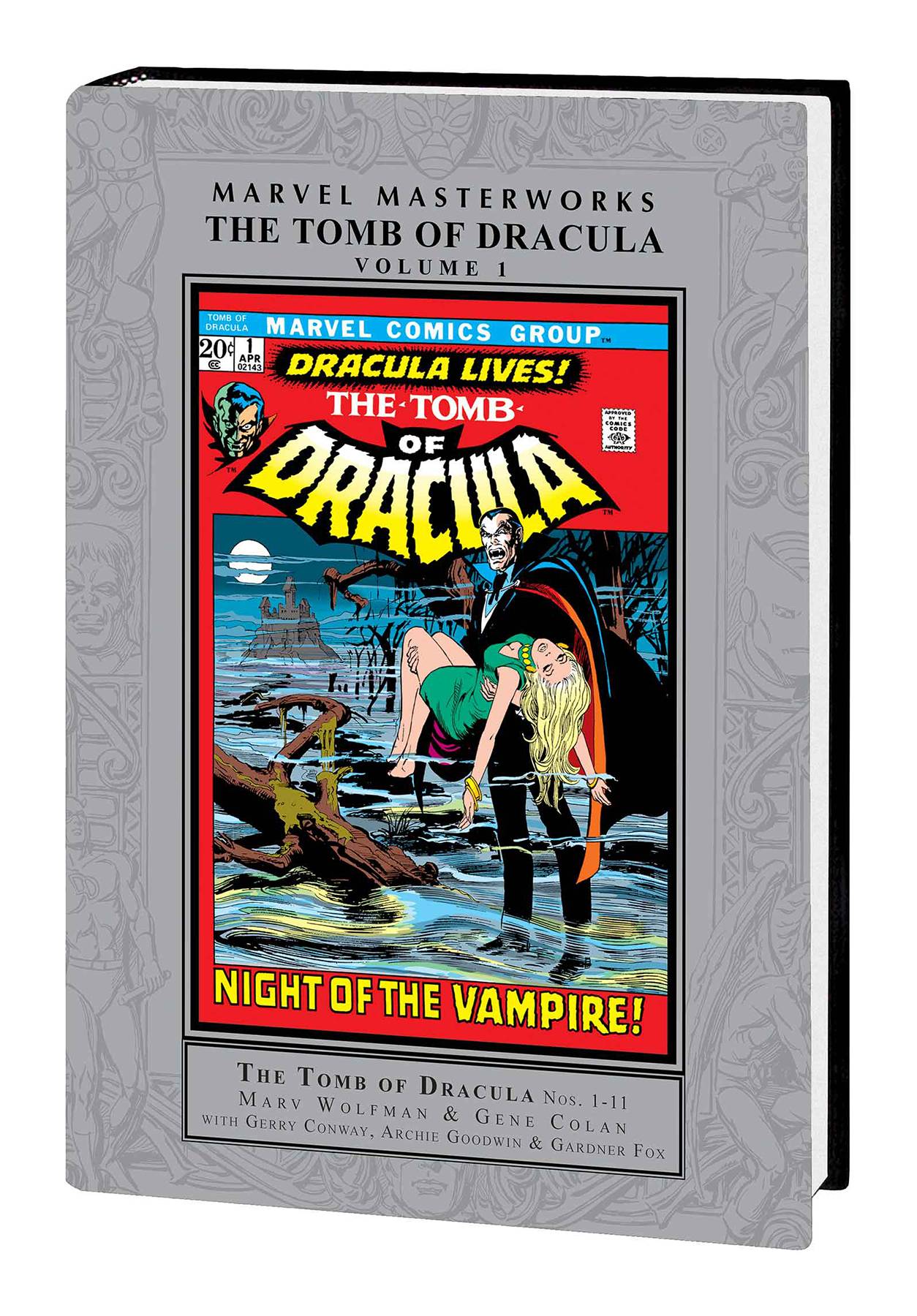 #
APR210975
(W) Marv Wolfman, More (A) Gene Colan, More (CA) Neal Adams
The Marvel Masterworks cracks open the TOMB OF DRACULA! If there was one title that ushered in the Marvel Age of Horror in the early 1970s, it was TOMB OF DRACULA, the longest running of those seminal monster classics. TOMB was the title Gene Colan was born to draw, and he and writer Marv Wolfman crafted a legacy of undead action that has become an evergreen of Marvel storytelling. The hunt is on to slay Count Dracula, and the descendants of the Van Helsings are still around to make the kill - or die trying. But a new vampire hunter is on the scene, and his name is Blade! These classics have been newly restored to look better than ever! Collecting TOMB OF DRACULA (1972) #1-11 and material from DRACULA LIVES #1-2.
280 PGS./Rated T+
In Shops: Oct 20, 2021
SRP: $75.00
View All Items In This Series
ORDER SUBSCRIBE WISH LIST