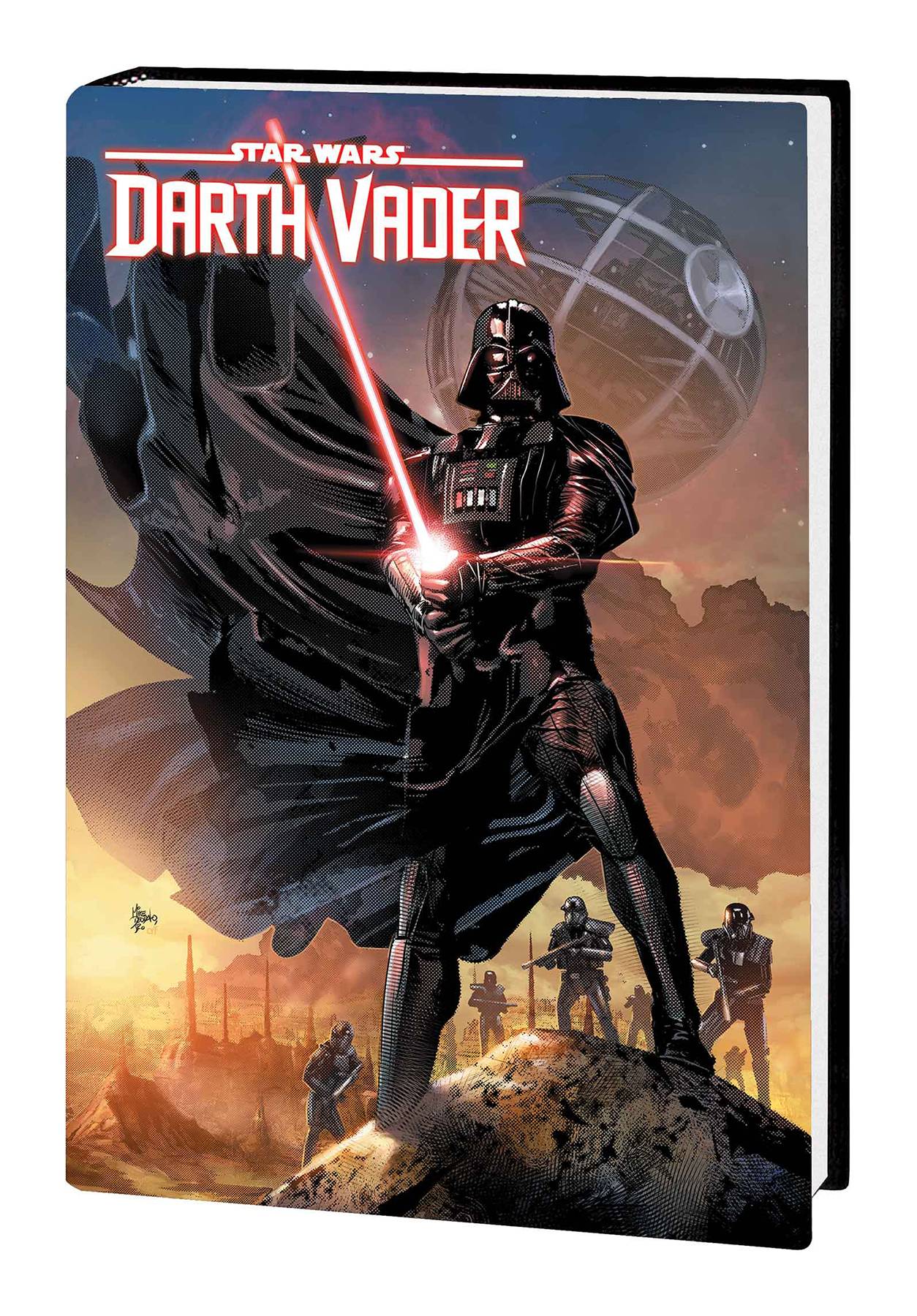 #
APR210971
(W) Charles Soule, More (A) Giuseppe Camuncoli, More (CA) Mike Deodato
Lord Vader...rise! In the wake of Revenge of the Sith, follow Vader as he ascends to power as a Dark Lord of the Sith! Having lost everything dear to him and now more machine than man, Vader takes his first steps into a darker world - beginning by eradicating the galaxy's remaining Jedi! But librarian Jocasta Nu is making a desperate effort to preserve the Jedi legacy, and the stirrings of a rebellion have begun in the Mon Cala system! To ensure the Emperor's grip on the galaxy is absolute, Vader must deal swiftly and brutally with any uprisings - but he has a goal of his own. And as darkness rises above Mustafar, the scene of Vader's greatest defeat, will the man once called Anakin Skywalker realize his true destiny? Collecting DARTH VADER (2017) #1-25 and ANNUAL #2..
624 PGS./Rated T
In Shops: Oct 20, 2021
SRP: $100.00
ORDER WISH LIST