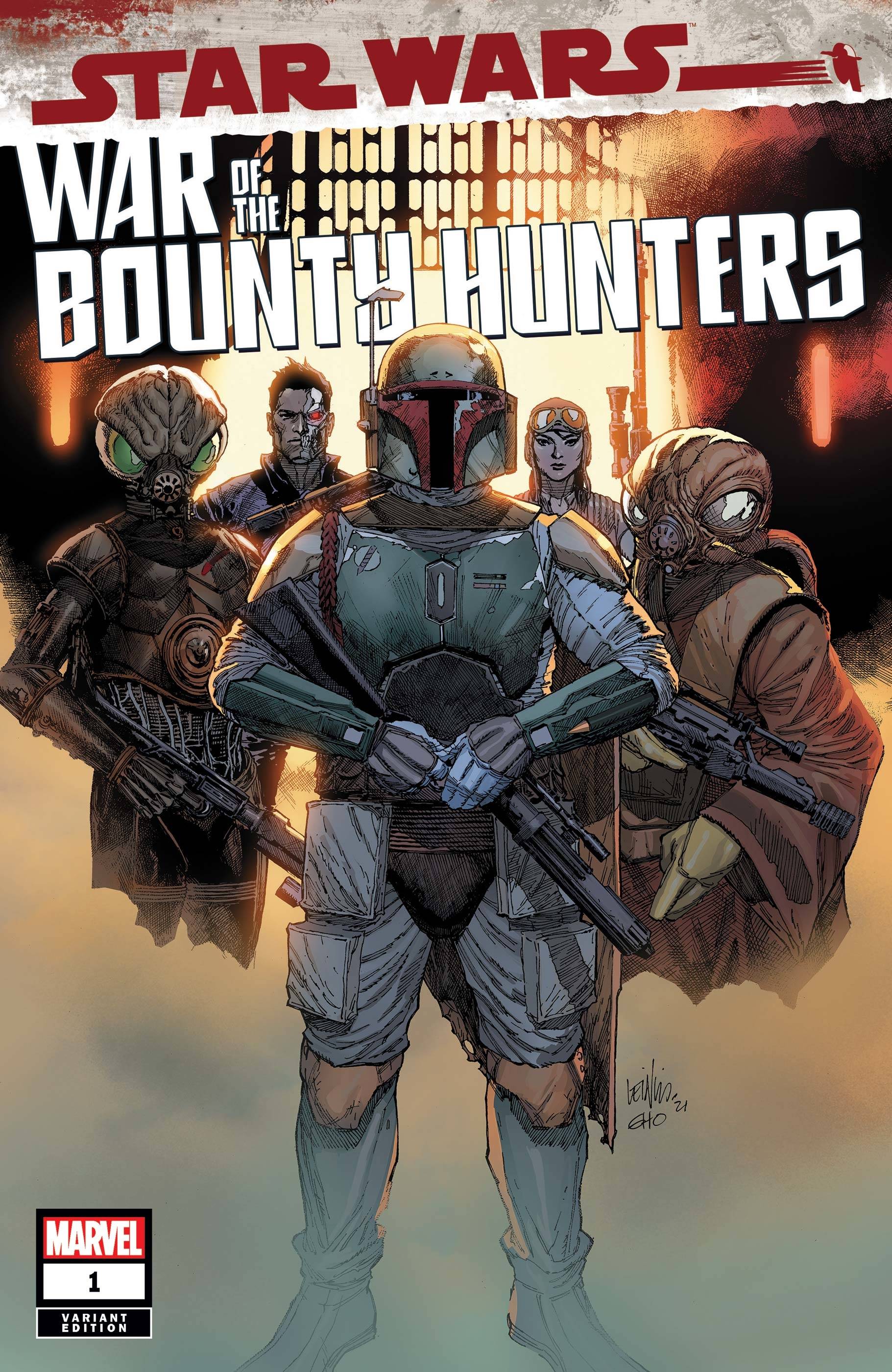 #
APR210946
(W) Charles Soule (A) Luke Ross (CA) Leinil Francis Yu
AT WAR FOR THE GREATEST PRIZE OF ALL: HAN SOLO!
THE HUNT BEGINS!
•  Nobody. Steals. From BOBA FETT! The notorious bounty hunter will not stop until he gets what's rightfully his. For the thief, no corner of the galaxy is safe. Good thing for them that the REBEL ALLIANCE, THE EMPIRE and every bounty hunter in the galaxy is standing in Boba's way.
•  With a last-page reveal that will blow this Death Star-sized story wide open, Issue #1 is just the beginning. The biggest crossover in STAR WARS history will continue raging through the pages of the WAR OF THE BOUNTY HUNTERS event miniseries and tie-in to STAR WARS, DOCTOR APHRA, DARTH VADER and BOUNTY HUNTERS through October.
•  Only one hunter will be left standing, and the STAR WARS galaxy will never be the same!
40 PGS./Rated T
In Shops: Jun 02, 2021
SRP: $4.99
View All Items In This Series