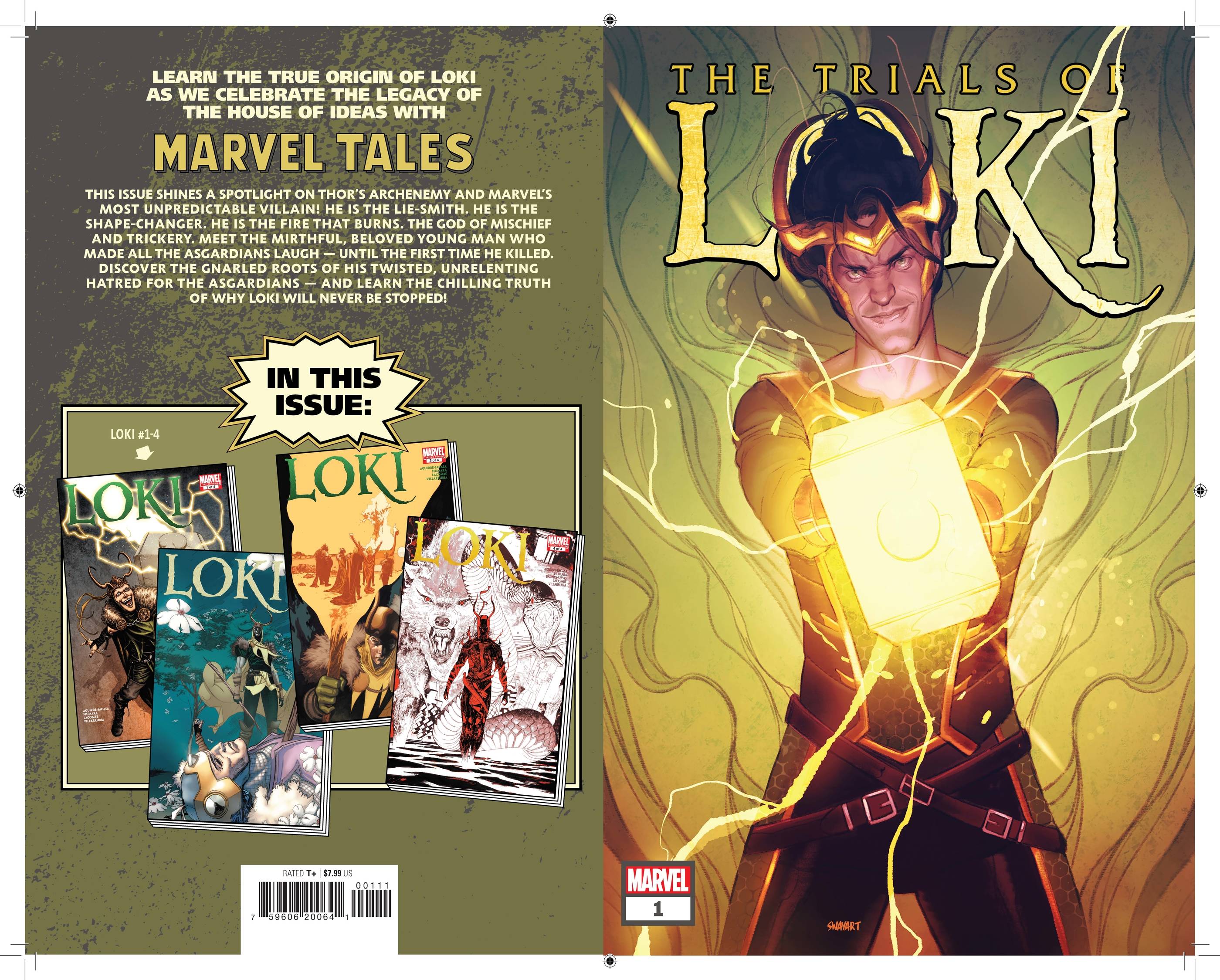 #
APR210917
(W) Roberto Aguirre-Sacasa (A) Sebastian Fiumara, Al Barrionuevo (CA) Joshua Swaby
Learn the true origin of Loki as we celebrate the legacy of the House of Ideas with MARVEL TALES! This anthology series shines a spotlight on fan-favorite characters, features timeless stories and highlights some of Marvel's most impressive talent from the past eight decades. In LOKI (2010) #1-4, Thor's archenemy and Marvel's most unpredictable villain takes center stage! He is the lie-smith. He is the shape-changer. He is the fire that burns. The God of Mischief and Trickery, Loki. Meet the mirthful, beloved young man that made all the Asgardians laugh - until the first time he killed. Discover the gnarled roots of his twisted, unrelenting hatred for the Asgardians - and learn the chilling truth of why Loki will never be stopped! Collecting LOKI (2010) #1-4.
104 PGS./Rated T+
In Shops: Jun 02, 2021
SRP: $7.99
ORDER WISH LIST