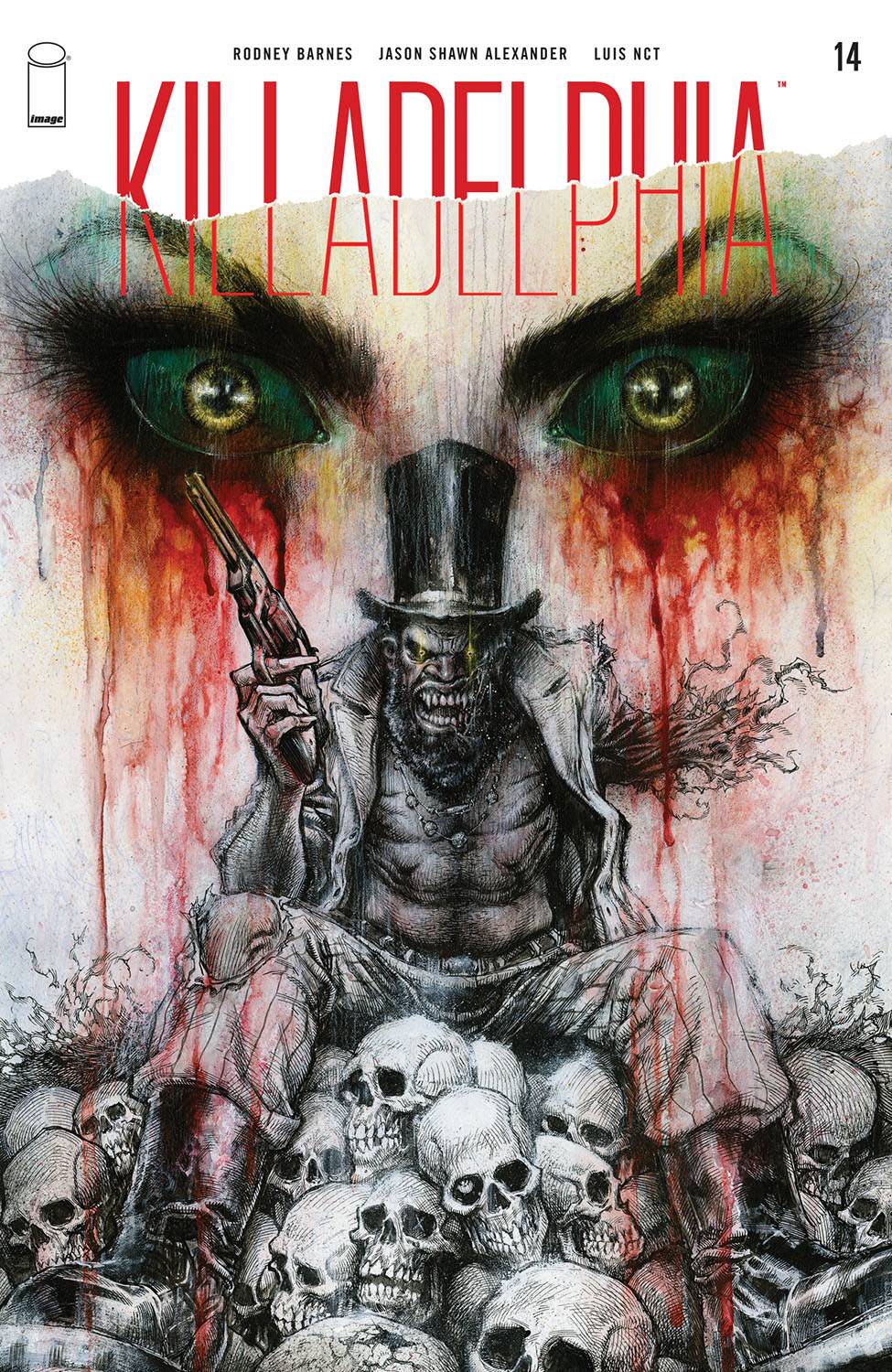 Furious that her husband John has returned from beyond Hell itself, Abigail Adams focuses all her hatred on striking out against him as she sets in motion a plan to kill him and the Sangsters. Meanwhile, to save Jimmy, SeeSaw must journey to a place even more mind-bending than the underworld, and from the likes of which he may never return!
In Shops: Jun 23, 2021
SRP: $3.99
View All Items In This Series