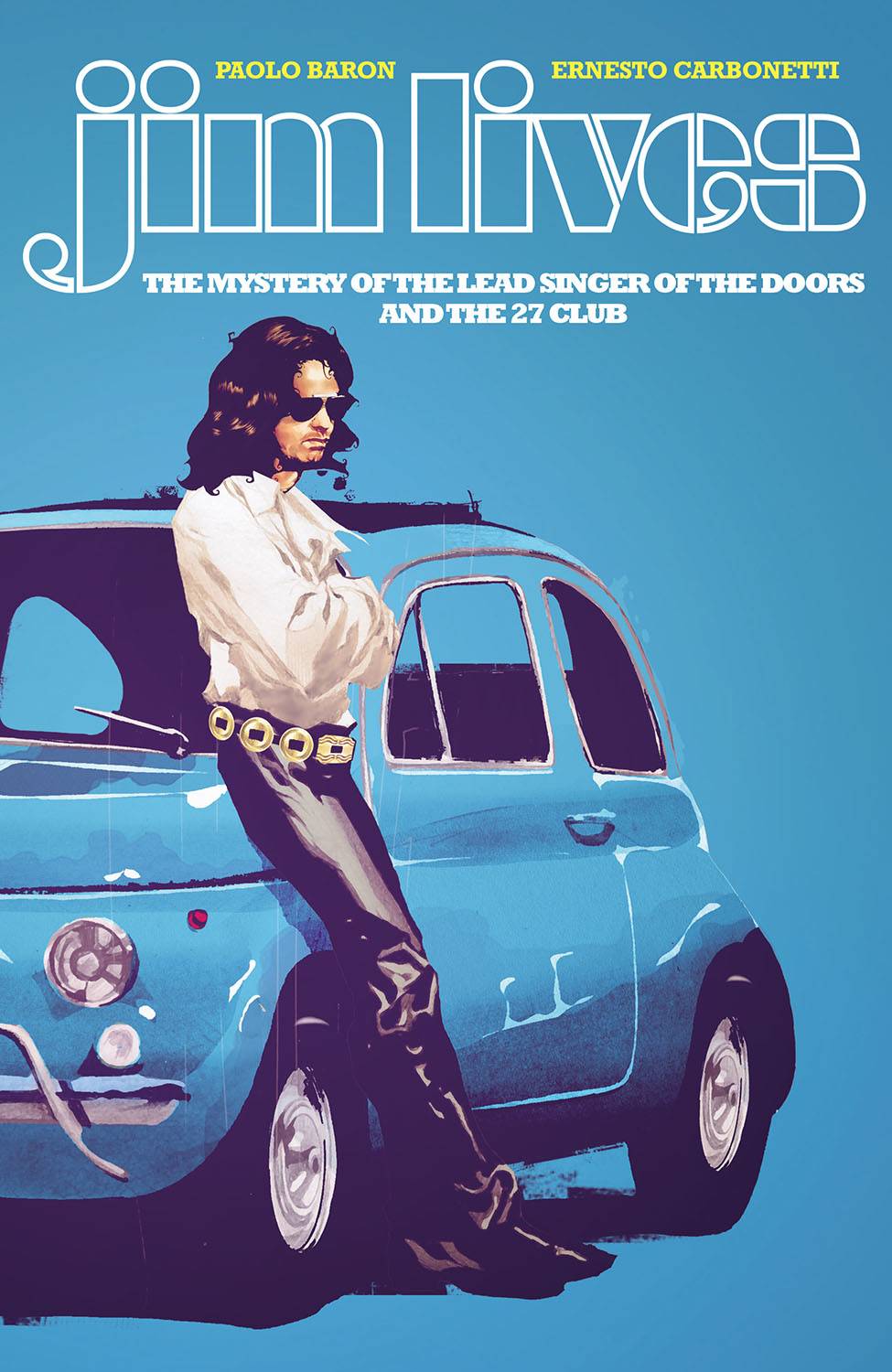 #
APR210121
(W) Paolo Baron (A/CA) Ernesto Carbonetti
Amid the intense colors of a foreign land, JIM LIVES is the story of a man searching for his son - a correspondent for a popular American newspaper - who vanished into thin air after sending one last, enigmatic message: "Jim Morrison isn't dead. He's hiding out in Italy. I saw him with my own eyes."

Come along with the creators of PAUL IS DEAD as they reveal the second chapter in their conspiracy trilogy: a new, fascinating vision of the most mysterious legend in the history of rock that envisions what happened "When the Music's Over."
In Shops: Jun 16, 2021
SRP: $16.99