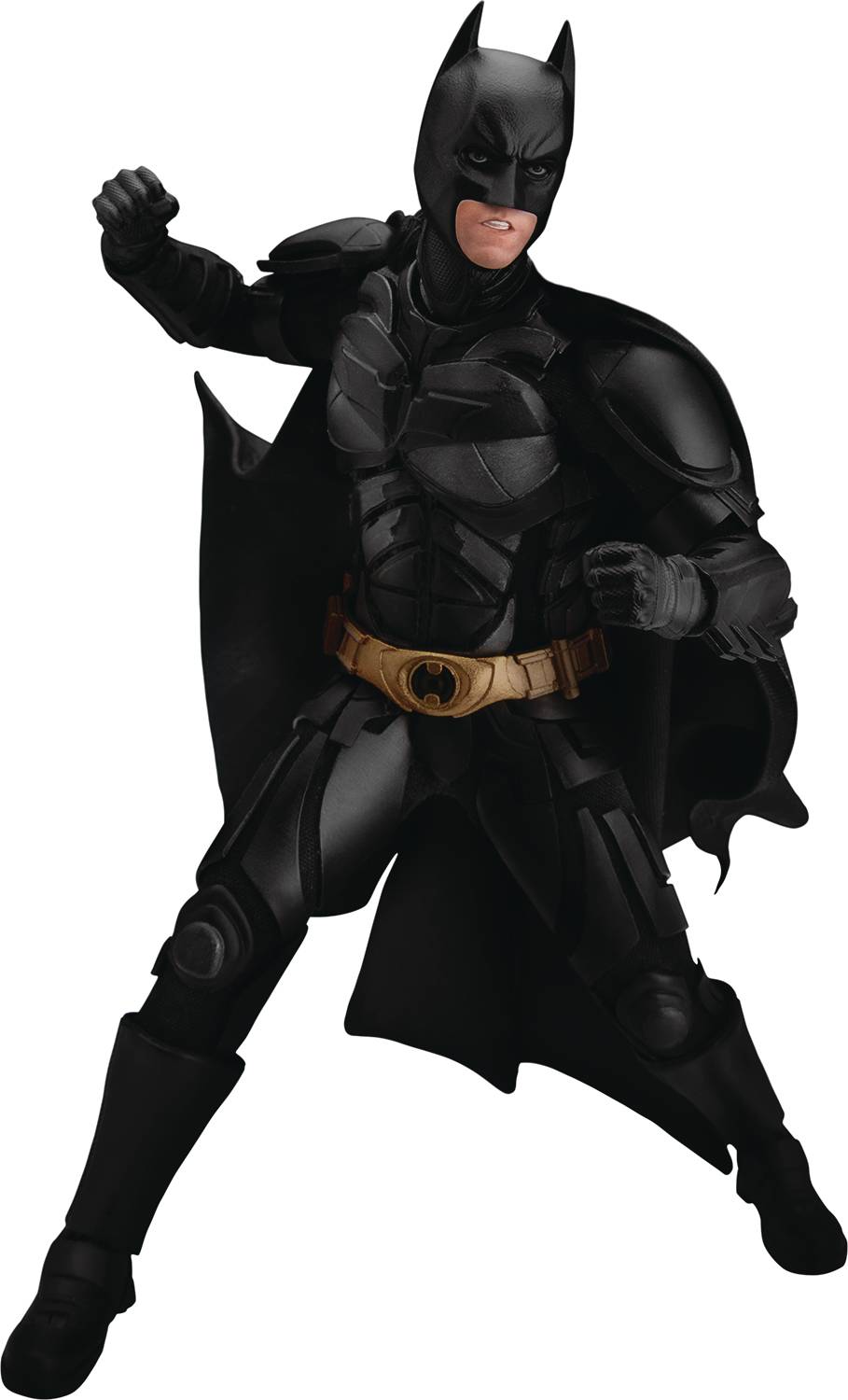 # # # # #
APR208829
From Beast Kingdom. Beast Kingdom is proud to introduce fans to the latest 1/9-scale, realistic action figure, The DAH (Dynamic 8ction Heroes) Dark Knight Batman. Based on the most popular batsuit from Christopher Nolan's seminal trilogy, the figure uses high composite materials to recreate every fine detail down to the texture on the suit and weaponry. With 26 points of articulation, the Dark Knight DAH is one of the most posable figures yet, and includes three replacement mouths, a branded stand with a bracket, as well as five pairs of replacement hands for fans to recreate the most exciting scenes from the films! Included are: One sticky bomb launcher, a grappling gun, bat darts, and a mini smoke bomb, plus Batman's glider backpack attachment!