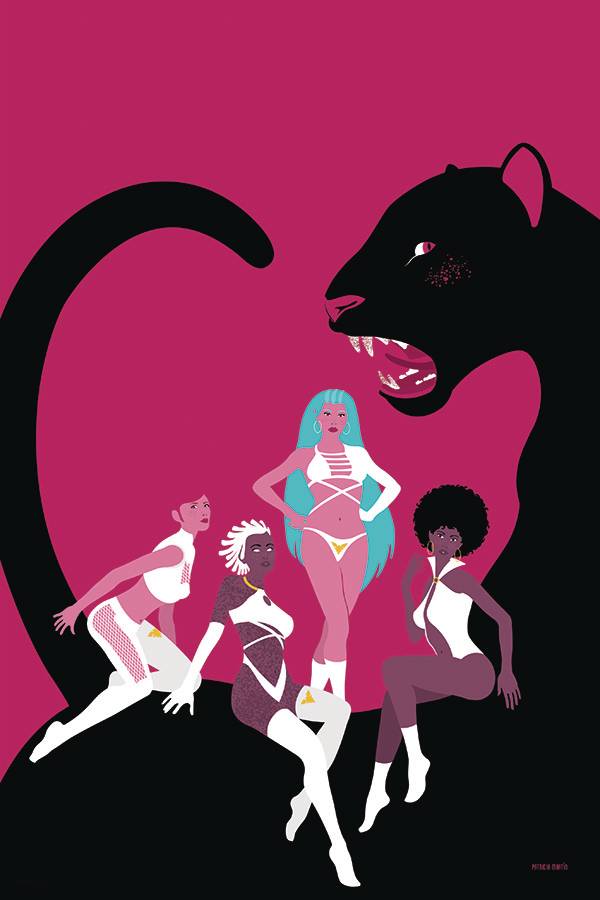 #
APR208426
(W) Christopher Priest (A) Jae Lee, Gabriel Ibarra (CA) Patricia Martin
Spinning out of the current hit series, VAMPIRELLA!
Four women are lured to rural Georgia as part of a mysterious scheme to defend an impoverished farming town which finds itself under siege by zealots.  But this isn't just any impoverished farming town, and these aren't just any four women.  The all-new Draculina, Pantha, Nyx, and Chastity have been brought together in Ashthorne in an effort to avert all-out war against nearby Sacred, Georgia.  But Ashthorne has a deadly secret, Sacred has a deadly purpose, and lurking in the shadows is Lilith, the immortal sorceress and mother to Vampirella.
Written by Vampirella's own Christopher Priest, drawn by Gabriel Ibarra in his mainstream debut, and featuring a special contribution by superstar Jae Lee.
In Shops: Jul 15, 2020
SRP: $3.99
View All Items In This Series
ORDER SUBSCRIBE WISH LIST