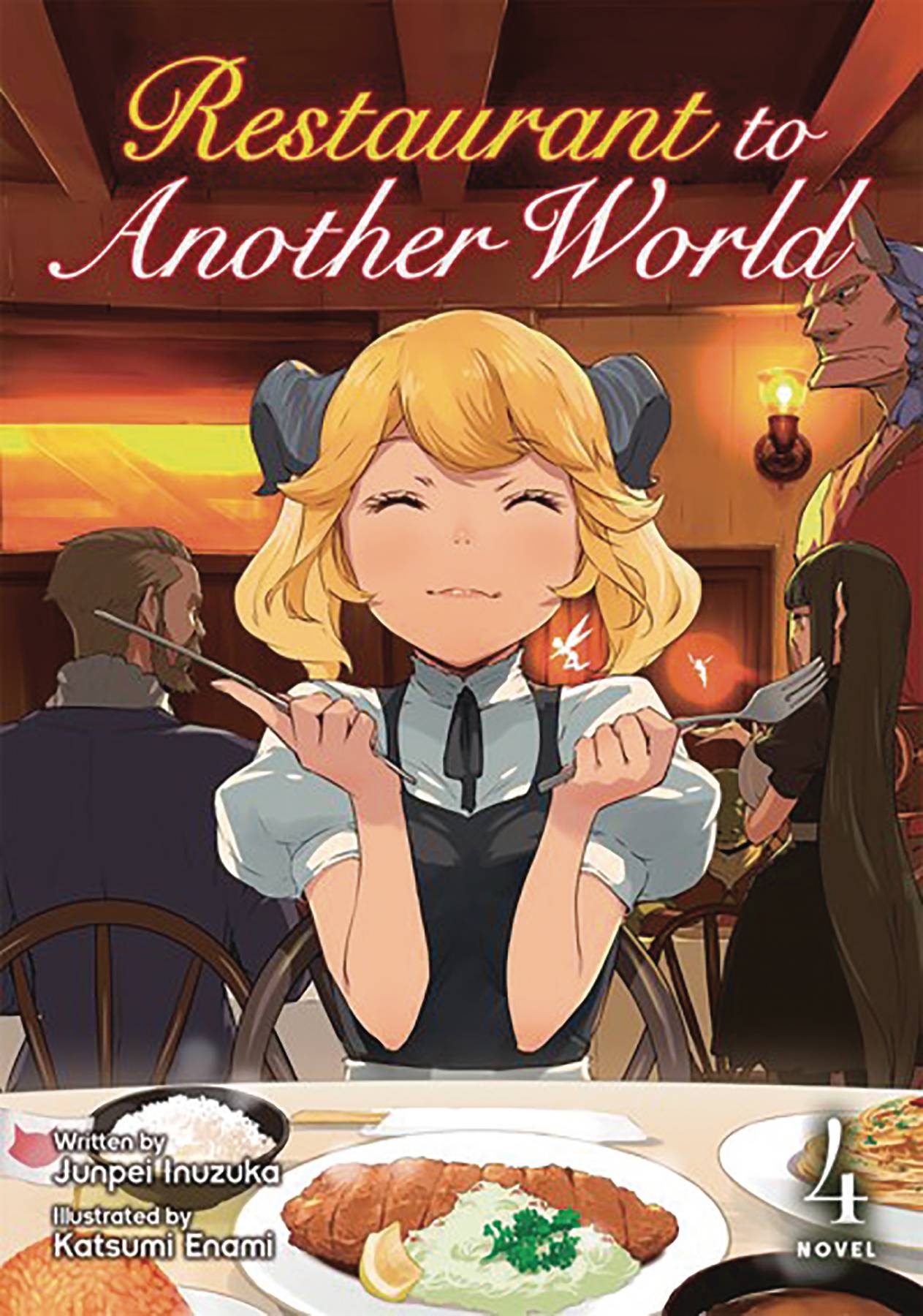 #
APR202477
(W) Junpei Inuzuka (A/CA) Katsumi Enami
A lonely woman from a faraway world. A lonely man returning from a faraway continent. A fated meeting between hunter and chef that gave rise to an unlikely partnership-and eventually, the opening of a little restaurant. It's been five decades since the establishment of Western Cuisine Nekoya, and three decades since its door first opened onto another world. And so it goes every Saturday, as the bell rings and the customers flood in.
In Shops: Dec 30, 2020
SRP: $13.99
View All Items In This Series