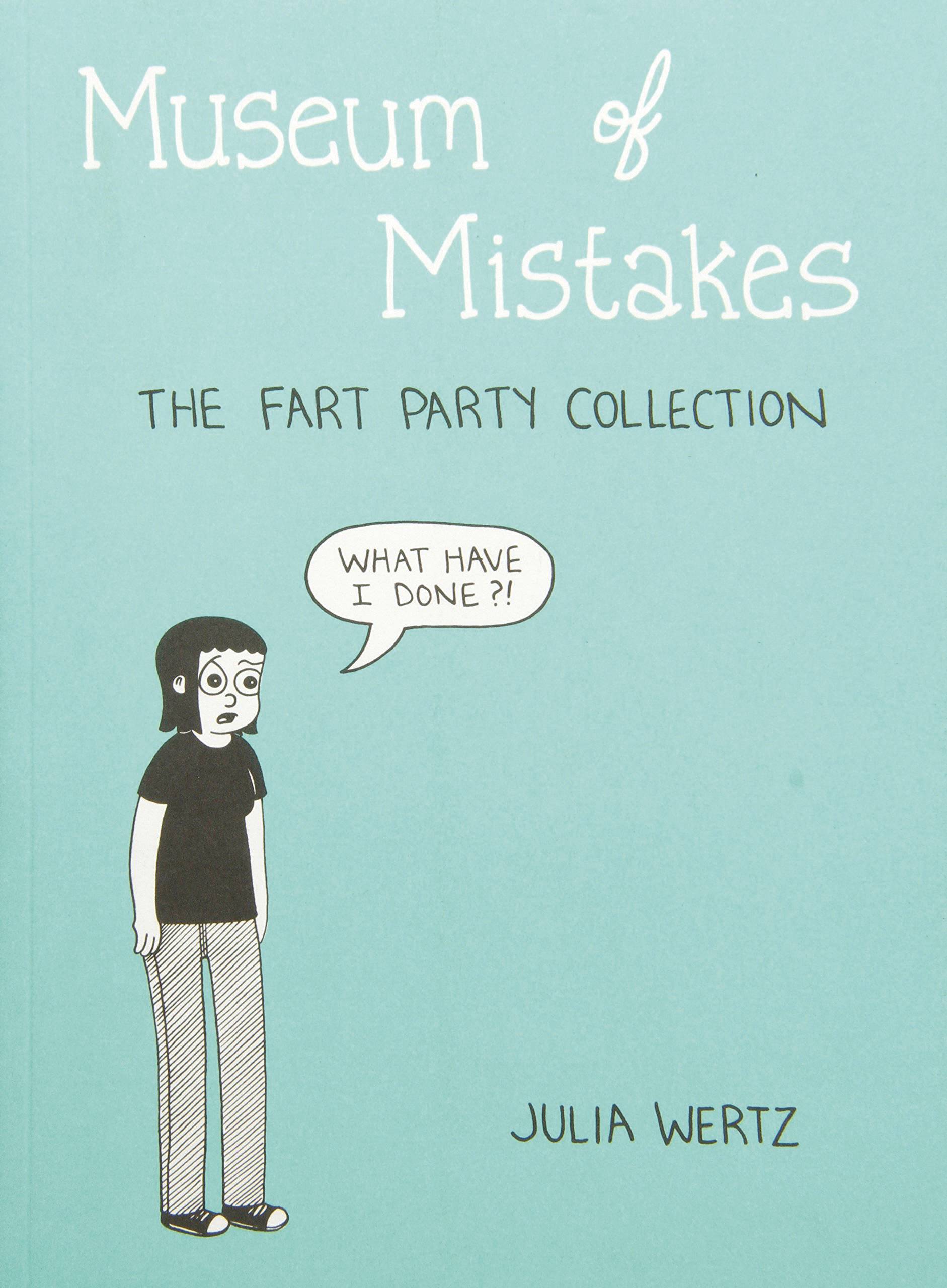 #
APR202122
(W) Julia Wertz (A/CA) Julia Wertz
In 2004, Julia Wertz began a series of funny, irreverent autobiographical comics she called The Fart Party. After posting these comics online to acclaim and controversy, she eventually started collecting these comics as self-published minis which found their way to Atomic Books in Baltimore, who thought they ought to be collected into a proper book. As these things go, the first volume was so successful, there was a second volume. Both are now out of print, but Museum of Mistakes collects them into one book, plus numerous pages of Julia's early comic work, unpublished and/or previously uncollected comics, short stories, illustrations, process pages, hate mail, sketchbook pages, tear stains and more.
In Shops: Oct 21, 2020
SRP: $24.95