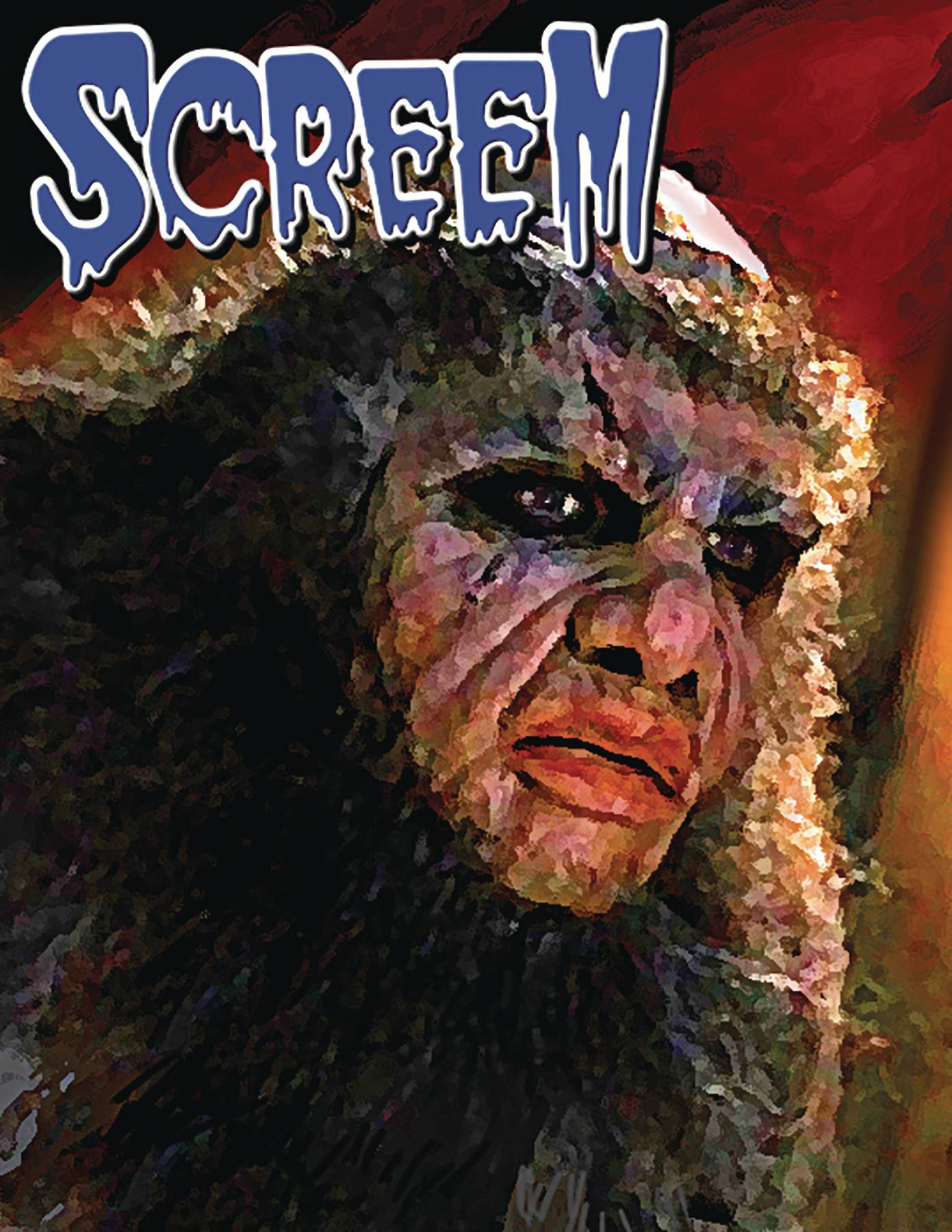 #
APR202034
It's Hammer time! SCREEM looks at the new Blu-rays from indie label Scream Factory that highlight all things Hammer: The Studio that Dripped Blood.
Our newsstand cover (CURSE OF THE WEREWOLF) and the limited to 500 copies edition Diamond exclusive cover (FRANKENSTEIN AND THE MONSTER FROM HELL)
pay tribute to two classics films that appeared under the Hammer Films banner. (Cover art by Mark Maddox); Senior citizens get their revenge in HOMEBODIES, the 1976 cult movie rises again from Kino/Lorber; The work of director Shinya Tsukamoto is presented in a new box set from Arrow Video. The director is best known for TETSUO: THE IRON MAN and its sequels; THE LEGEND OF BOGGY CREEK rises from the swamps of obscurity and into a new Blu-ray transfer. Writer Chris Herzog goes hunting for Bigfoot, and comes up with some interesting tales; Once again, Andy Rausch brings his regular column THE DIRECTOR'S CHAIR to SCREEM, and sits down with  a surprise guest that we cannot reveal as of yet . . . ; Kat Ellinger revisits the Gothic horror film DAUGHTERS OF DARKNESS, coming to disc from Blue Underground; SCREEM goes to the basement to dust off monster albums from the last 60 years in an insightful article about spooky records from the past; all this and much more in the summer edition of SCREEM MAGAZINE
In Shops: TBD
SRP: $9.95
View All Items In This Series