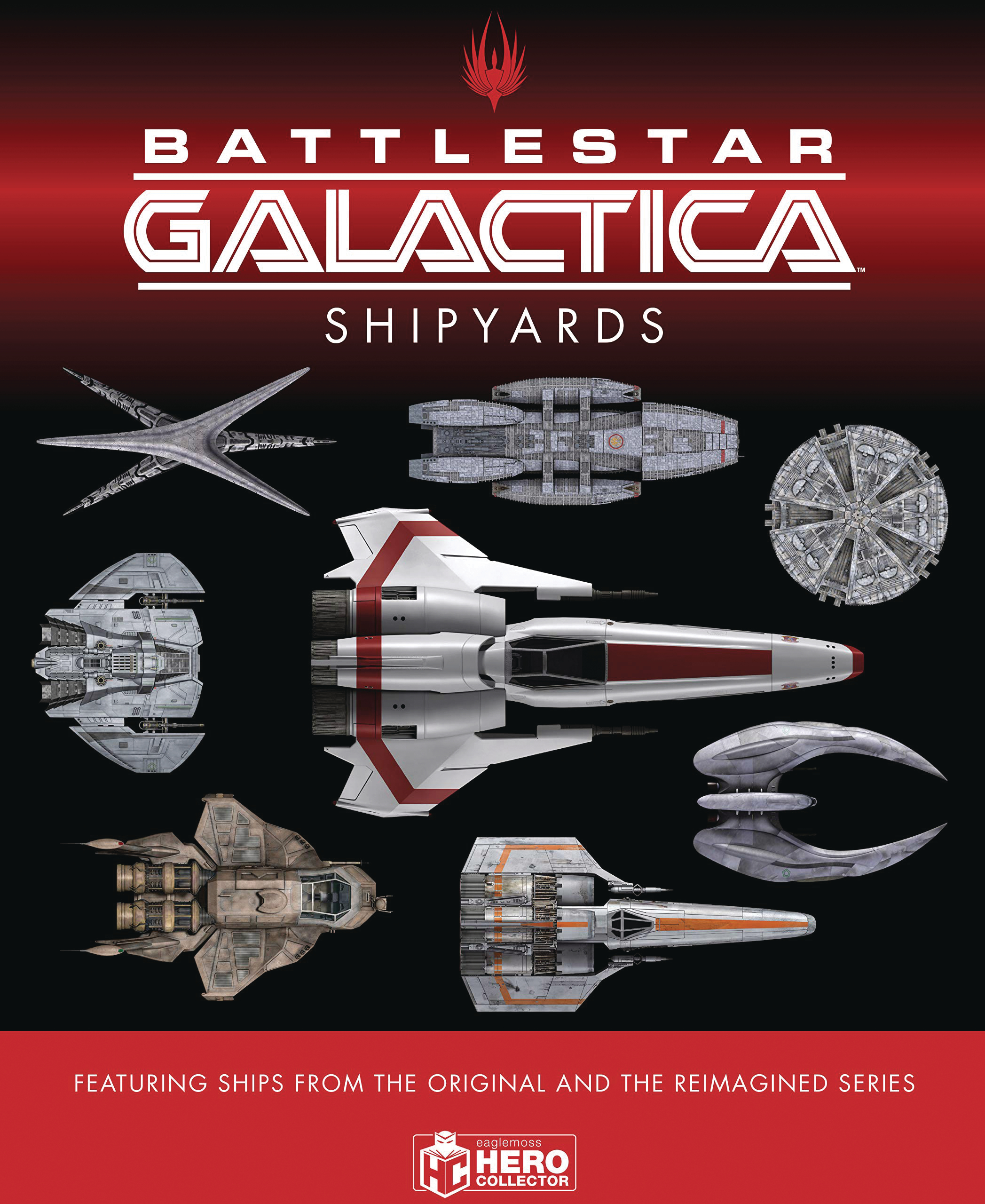 APR201894
(W) Paul Ruditis
The first and only complete encyclopedia of all the ships from both Battlestar Galactica series! Featuring ships of both the Colonial Fleet and the Cylons from the original 1978 US TV series, the reimagined series from 2003, and the ten-part web series Blood & Chrome, this book provides in-universe profiles and plans of the key spacecraft of the shows. Each ship is illustrated in CG artwork, including original visual effects models made for the TV show, alongside detailed technical specifications, service history, and annotated views of the ships features.
In Shops: Aug 05, 2020
SRP: $29.95