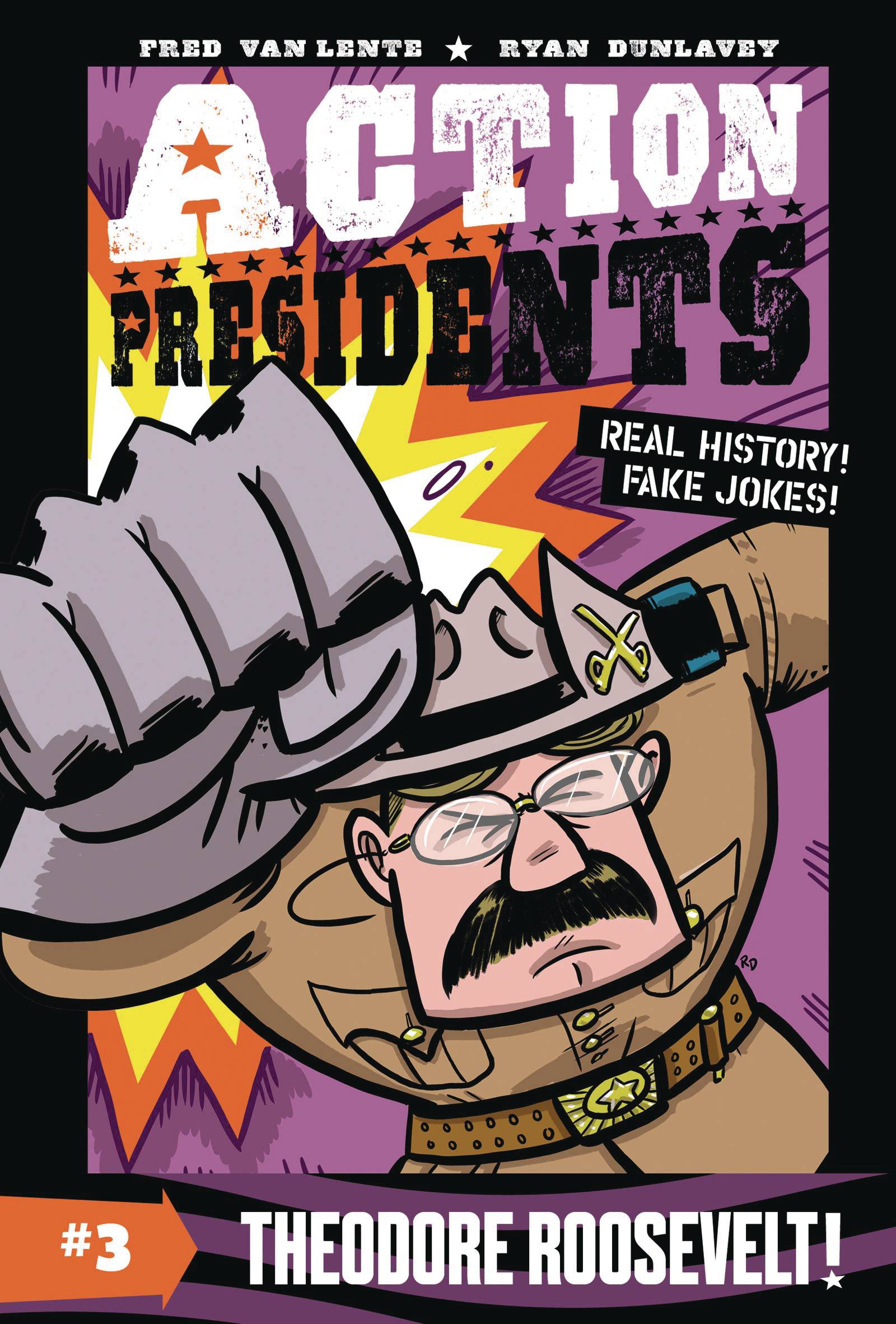 We all know that Theodore Roosevelt protected the environment and was the cousin of President Franklin Roosevelt. But did you also know that he was the inspiration for the teddy bear, wrote adventure books, and once gave a speech with a gunshot wound in his chest?

Told through bold and hilarious comic-style illustrations, the third Action Presidents book features the all-too-true history of the committed conservationist, resolute Rough Rider, and willful warrior Theodore Roosevelt. Readers will love the laugh-out-loud Action Presidents series, where the history is real and the jokes are fake!
In Shops: Jul 01, 2020
SRP: $22.99
View All Items In This Series