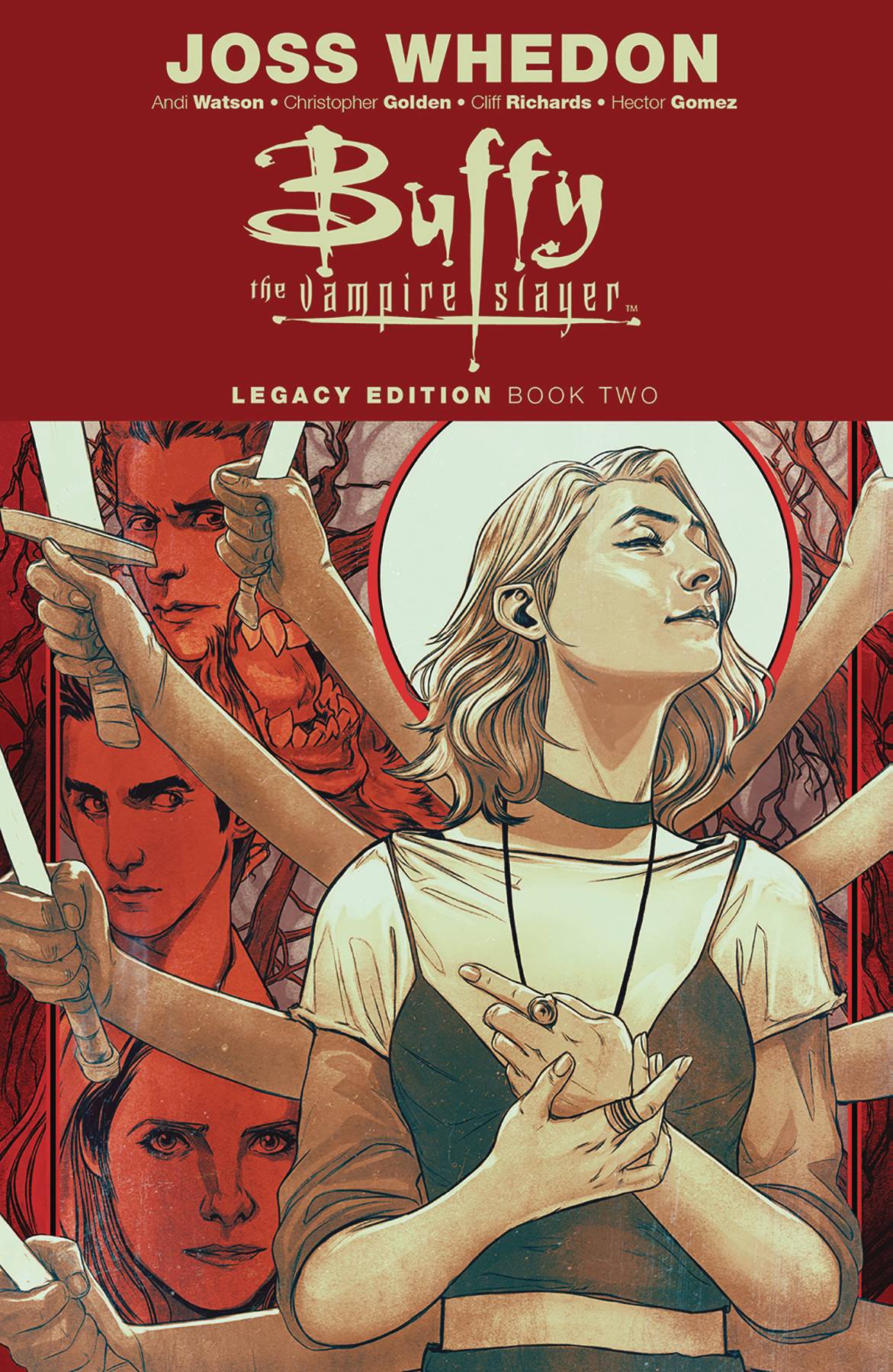 #
APR201348
(W) Chris Golden, Andi Watson, Doug Petrie, Tom Sniegoski (A) Cliff Richards
* Set during the third season of the Buffy the Vampire Slayer television series, discover the untold stories of the Scoobies during the most dangerous time ever - their final year at Sunnydale High! As if finals and the threat of further education weren't bad enough, Buffy & her friends will have to fight superpowered vampires and doppelgängers, all at the whim of the terrifying Big Bad Selke!
* Collects Buffy the Vampire Slayer #11-19 (Dark Horse Comics), as well as short stories from the era, including "Bad Dog," the first comic work by screenwriter/director and Buffy alum Douglas Petrie.
In Shops: Sep 30, 2020
SRP: $29.99
View All Items In This Series