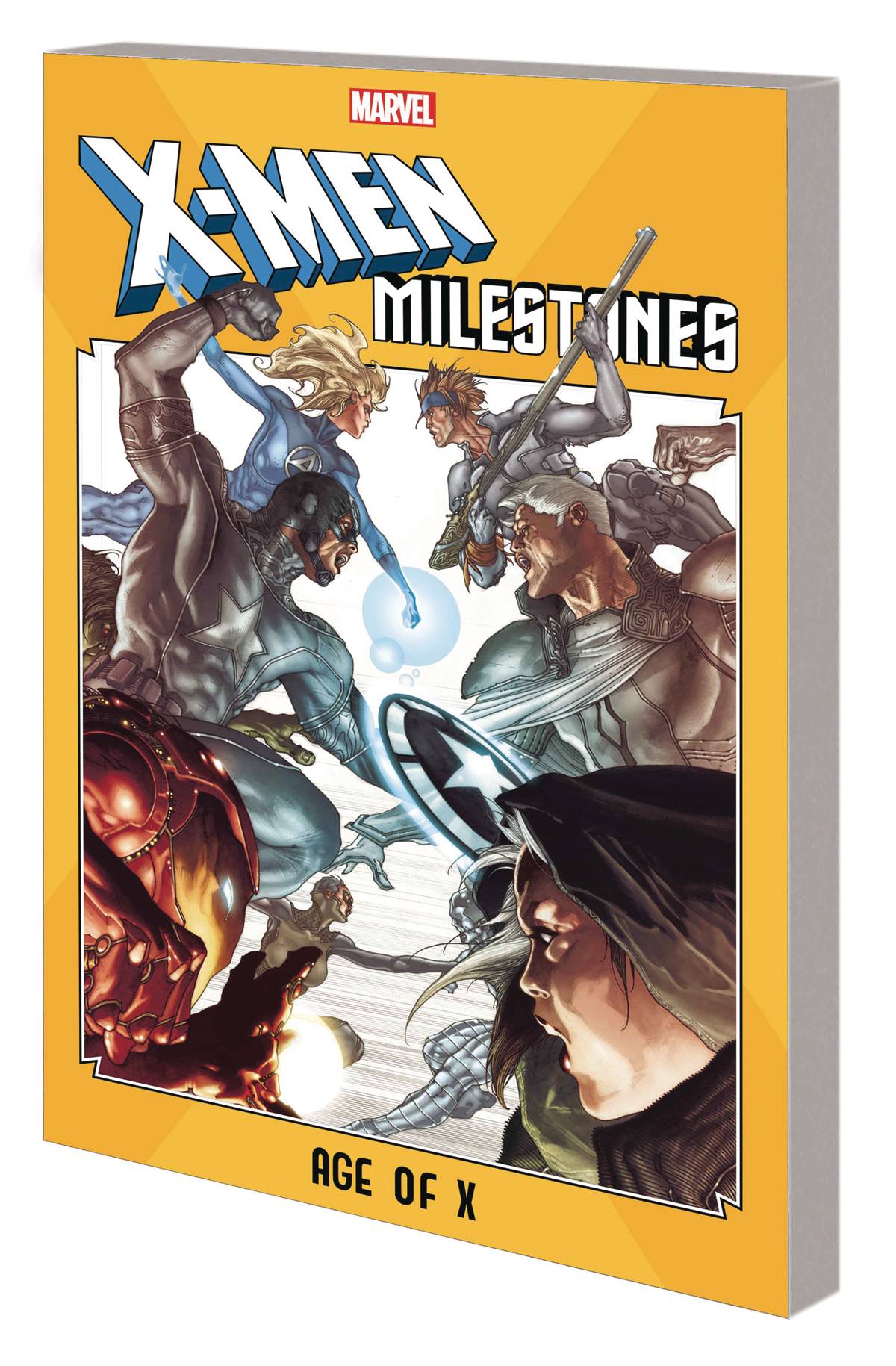 #
APR201114
(W) Mike Carey, More (A) Gabriel Hernandez Walta, More (CA) Simone Bianchi
The biggest and best adventures of Marvel's mighty mutants - these are the X-Men Milestones! In a world where the X-Men never existed and mutantkind has been hunted to extinction, the few remaining Homo superior have banded together to make their last stand. The weary mutants spend each day securing the walls of their stronghold, Fortress X, in a seemingly endless battle to beat back the anti-mutant forces that would see them wiped out. But when a conspiracy is discovered within Fortress X itself, could it be that mutantkind's last bastion will crumble from the inside out? When the dust settles, no one will be left unscathed - but what is the terrible truth about the Age of X? Collecting AGE OF X ALPHA, X-MEN LEGACY (2008) #245-247, NEW MUTANTS (2009) #22-24 and AGE OF X: UNIVERSE #1-2.