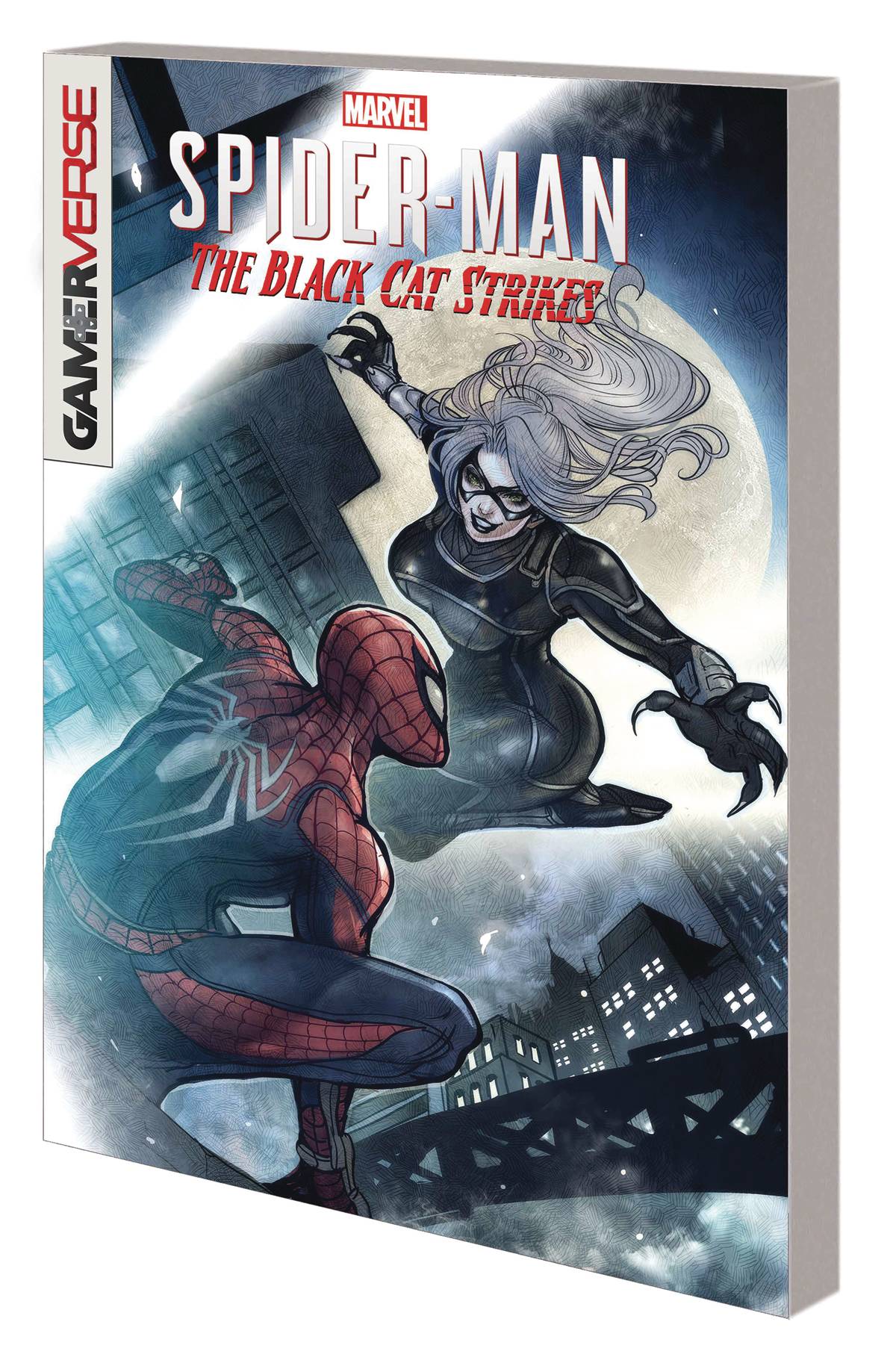 #
APR201105
(W) Dennis "Hopeless" Hallum (A) Luca Maresca (CA) Sana Takeda
Peter Parker, web-slinging star of the hit video game Marvel's Spider-Man, now finds himself in the middle of a gang war raging through New York City. But as he butts heads with the likes of Hammerhead and the Maggia, the unexpected reappearance of old flame Felicia Hardy - also known as the Black Cat - sets his world on fire! The Cat's heroic days are long behind her, but what is the secret behind the treasures she's stealing? And why would Spider-Man ever let her go?! Witness previously untold tales of their relationship as the Black Cat's return tangles the web for Peter and Mary Jane - and Hammerhead's explosive war continues making life complicated for everybody! Featuring the triumphant return of Silver Sable! Collecting MARVEL'S SPIDER-MAN: THE BLACK CAT STRIKES #1-5. The Black Cat steals the Gamerverse spotlight!