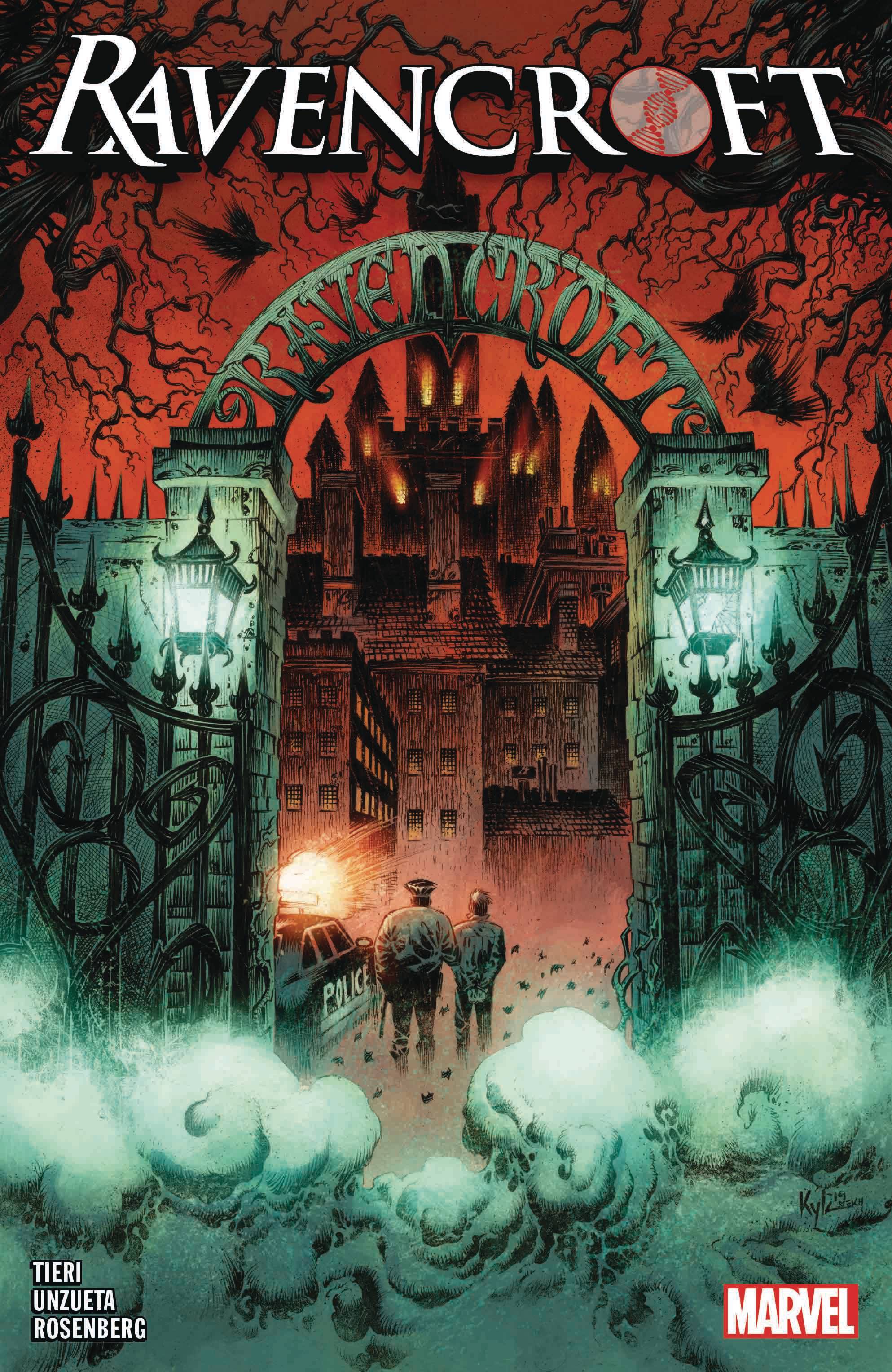 #
APR201104
(W) Frank Tieri (A) Angel Unzueta (CA) Kyle Hotz
Ravencroft reopened! After the hellish horrors of ABSOLUTE CARNAGE, the Ravencroft Institute has received a much-needed face-lift and is open for business. But will Ravencroft transform the mentally unstable villains of the Marvel Universe back into upstanding citizens - or will they fall prey to the hospital's oddly...sinister nature? The Institute is fully staffed, but who thought it was a good idea to put this new batch of lunatics in charge of the asylum? John Jameson, the former Man-Wolf, works tirelessly at Ravencroft - attempting to atone for his recent sins and keep all the beasts at bay. But he's feeling the pressure from both sides as Mayor Wilson Fisk continues to extort him while Misty Knight implores him to do the right thing! And you know what they say about stress: It brings out the animal in people! Collecting RAVENCROFT #1-5.