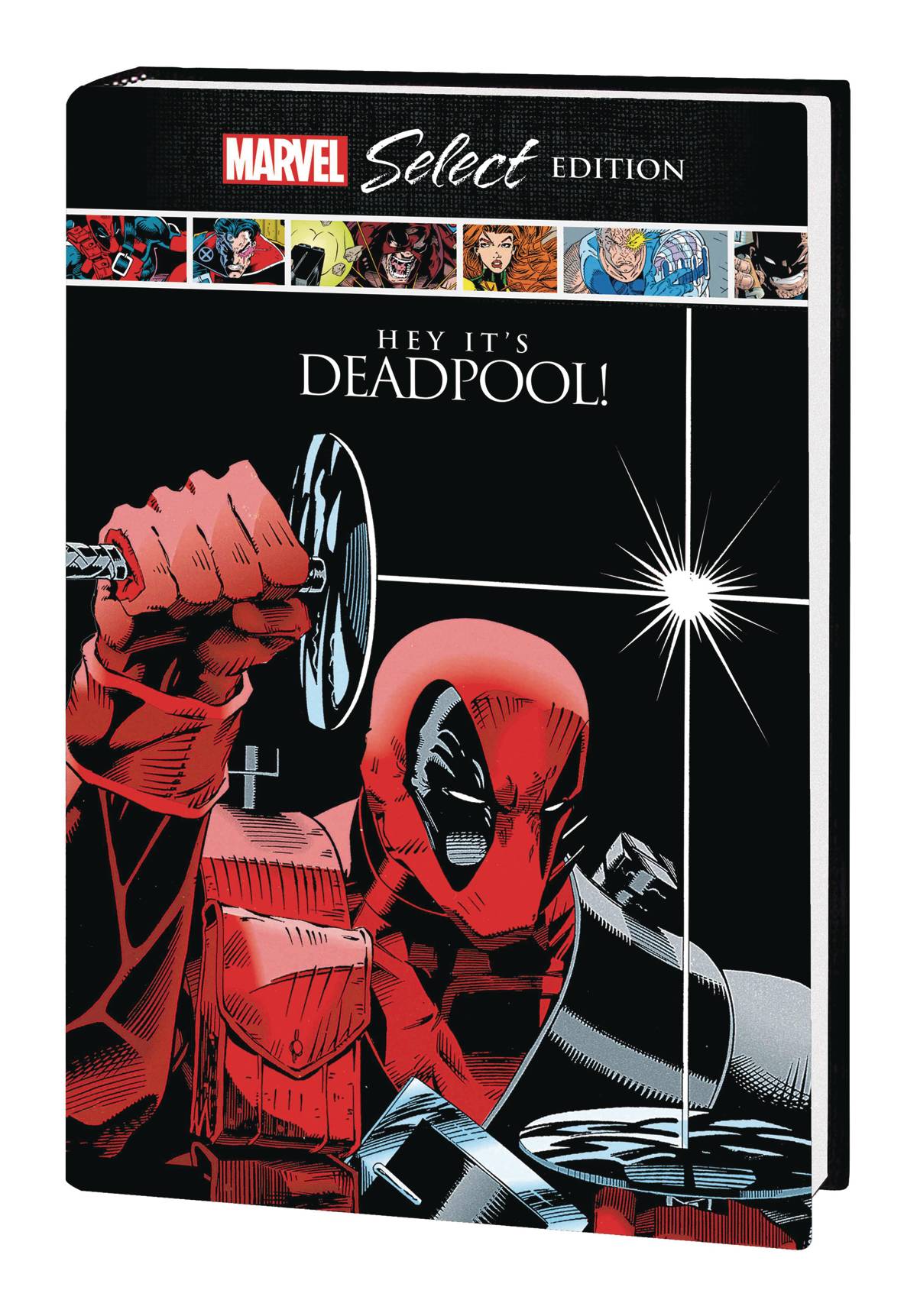 #
APR201064
(W) Rob Liefeld, More (A) Rob Liefeld, More (CA) Ed McGuinness
Continuing the series of graphic novels handpicked by Marvel Editorial to showcase pivotal storylines written and drawn by some of Marvel's most acclaimed creators! Wade Wilson steps into the spotlight! He's the Merc with a Mouth, the Regeneratin' Degenerate, the Sassin' Assassin - now get to know the irrepressible Deadpool all over again in this collection of his earliest solo sagas! From his first appearance as a wisecracking thorn in the side of Cable and the New Mutants, Deadpool sets out on a quest for romance, money and mayhem - not necessarily in that order! Can he solve the riddle of Tolliver's will? Will he find love with X-Force's Siryn? And can he survive not one but two run-ins with the Juggernaut? Plus: Meet Weasel (the weapons guy) and Blind Al (Wade's roommate...and prisoner?!) as Deadpool considers becoming - a hero! Collecting NEW MUTANTS (1983) #98, DEADPOOL: THE CIRCLE CHASE #1-4, DEADPOOL (1994) #1-4 and DEADPOOL (1997) #1.