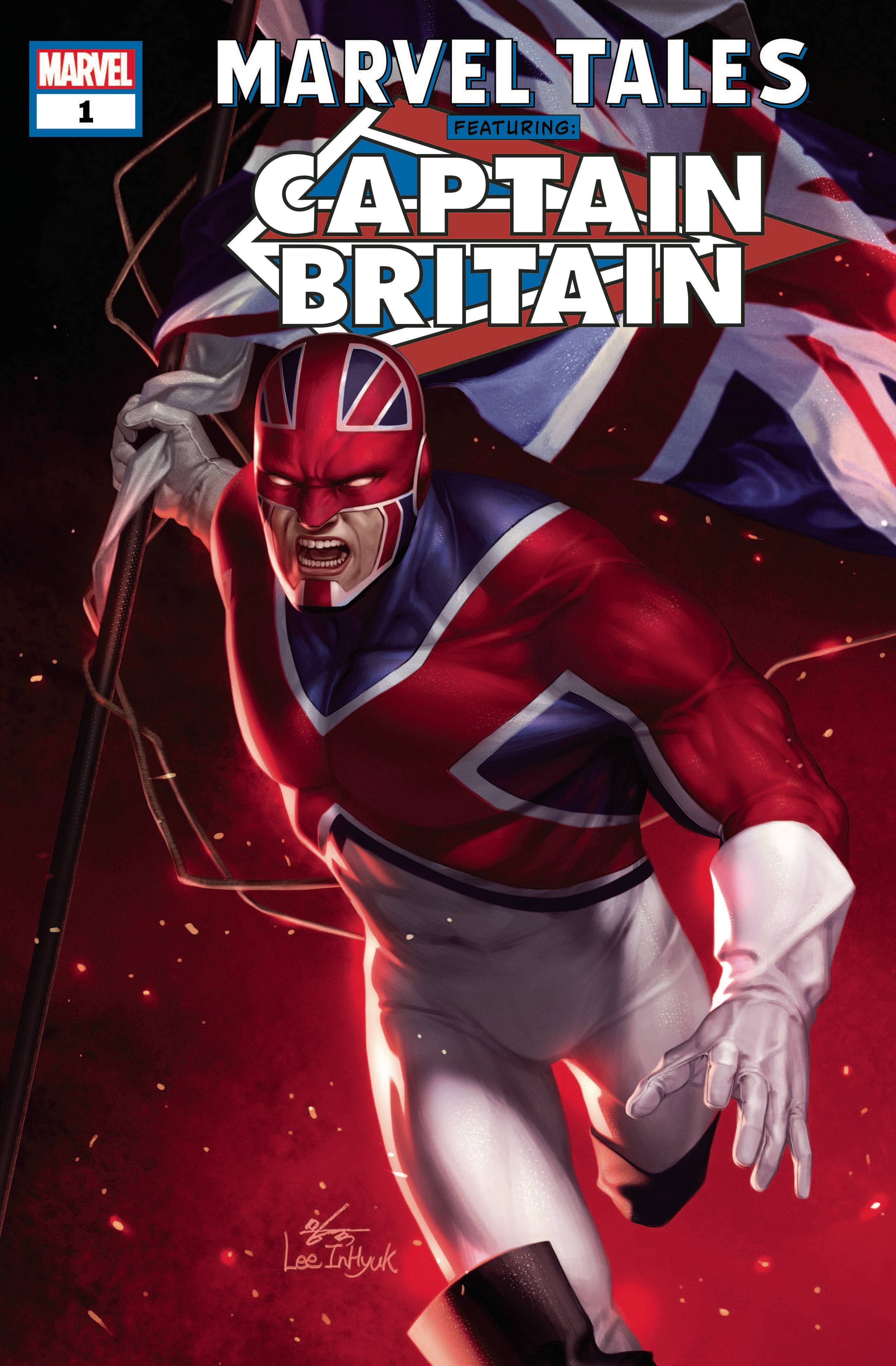 #
APR200905
(W) Chris Claremont (A) Herb Trimpe, John Byrne, Alan Davis (CA) Inhyuk Lee
A legendary hero flies the flag for the United Kingdom as we celebrate the legacy of the House of Ideas with the era-spanning MARVEL TALES! In Chris Claremont and Herb Trimpe's incredible CAPTAIN BRITAIN (1976) #1-2, Brian Braddock must choose between the Sword of Might and the Amulet of Right. Only one will transform him into Captain Britain, champion of Albion! Then, Brian takes a trip across the pond and ends up in Spider-Man's neighborhood - but their first meeting turns downright murderous, courtesy of Arcade, in MARVEL TEAM-UP (1972) #65-66 - by the fan-favorite team of Claremont and John Byrne! Then, the sword is drawn in EXCALIBUR (1988) #1 as Claremont joins artist Alan Davis to team Captain Britain and his girlfriend Meggan with a trio of ex-X-Men - Nightcrawler, Shadowcat and Phoenix - to form the UK's most offbeat super team! Collecting CAPTAIN BRITAIN (1976) #1-2, MARVEL TEAM-UP (1972) #65-66 and EXCALIBUR (1988) #1.