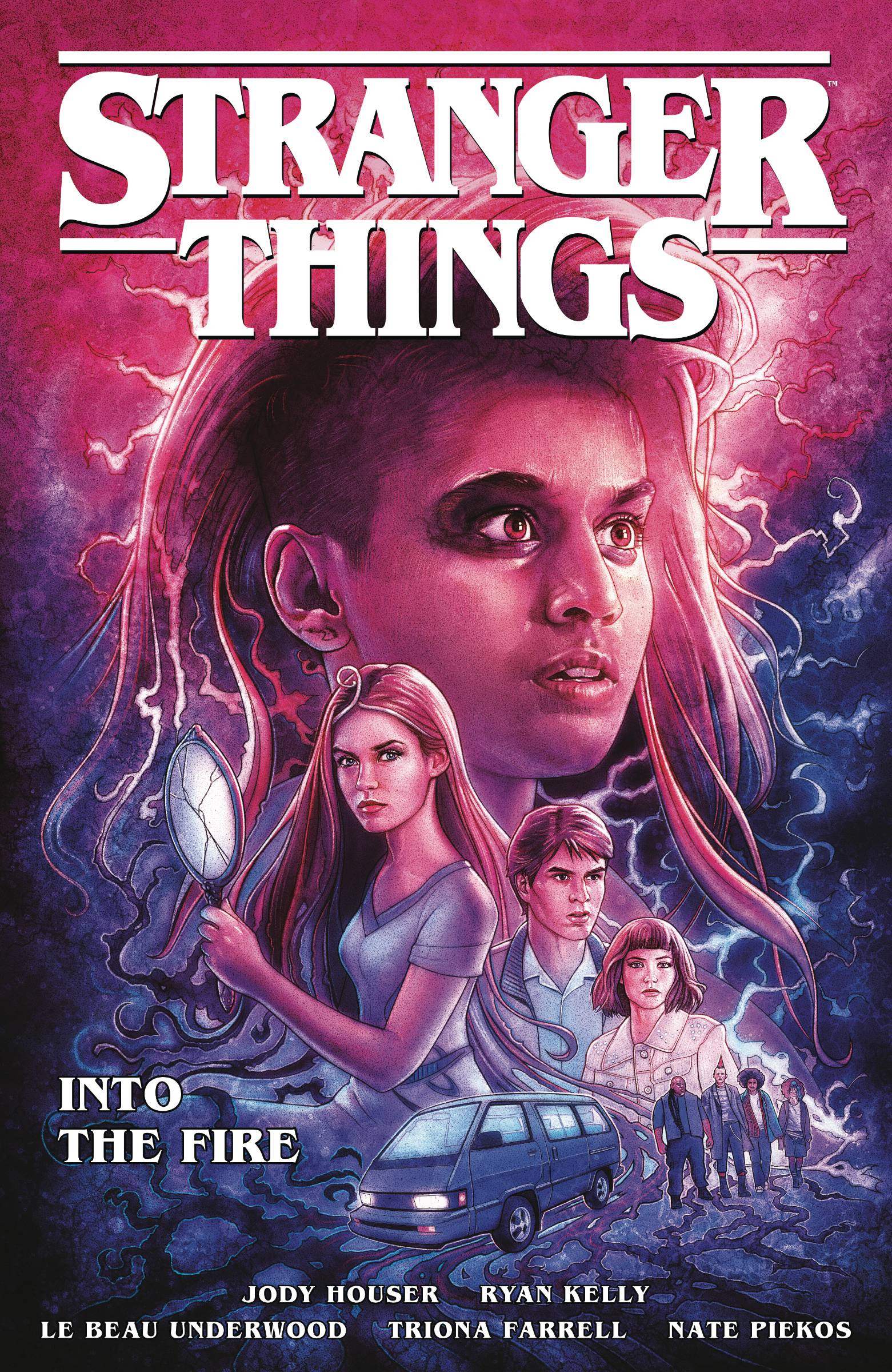 #
APR200344
(W) Jody Houser (A) Ryan Kelly (CA) Viktor Kalachev
Years after escaping Hawkins Lab, two of Dr. Brenner's former subjects seek to live normal lives. When news reaches them that the lab was shutdown they go on a harrowing search for Nine, a powerful pyrokinetic whose shattered psyche threatens to burn them all to ashes if they can't find her and free her from her own malevolent imagination.
Perfectly penned by writer Jody Houser (Critical Role, Star Wars: Tie Fighter) with pencils by Ryan Kelly (New York Four, Star Wars) and inks by Le Beau Underwood (Catwoman, Immortal Hulk) this third book in the Stranger Things comics line takes the story to brand new territory. Collects issues #1-#4 of the series.
In Shops: Jul 29, 2020
SRP: $19.99
View All Items In This Series
ORDER SUBSCRIBE WISH LIST