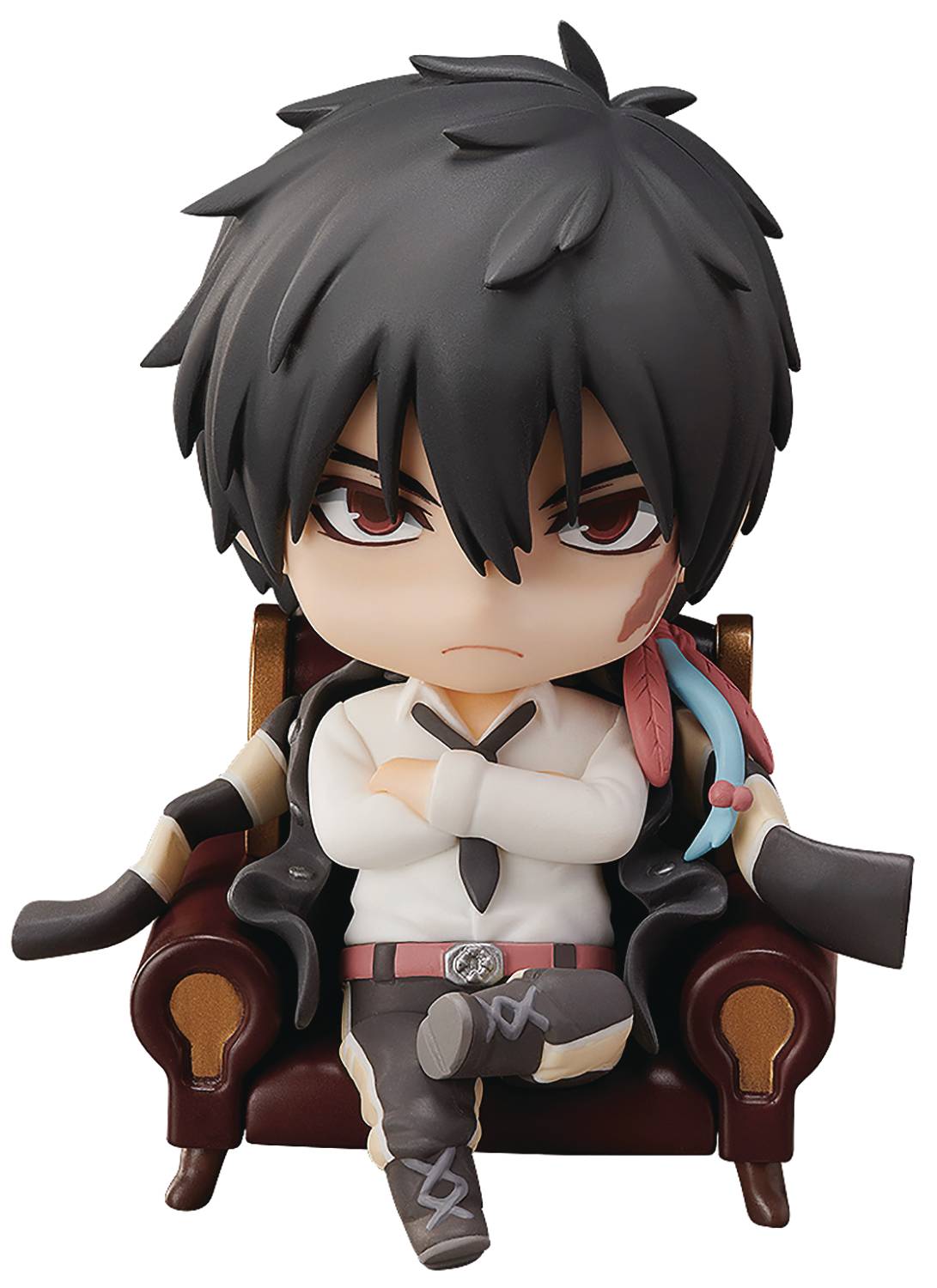 #
APR198575
From FREEing. From the legendary anime series Reborn! comes Nendoroids of the Vongolia Family's independent assassination squad, Varia! Next is Varia's leader, Xanxus, in his Ten Years Later appearance! He comes with three face plates including his displeased standard expression, his intrepid smiling expression and his angered expression. His jacket is removable, and he comes with a special sofa and two guns as optional parts, making for a truly grand set fit for the boss.