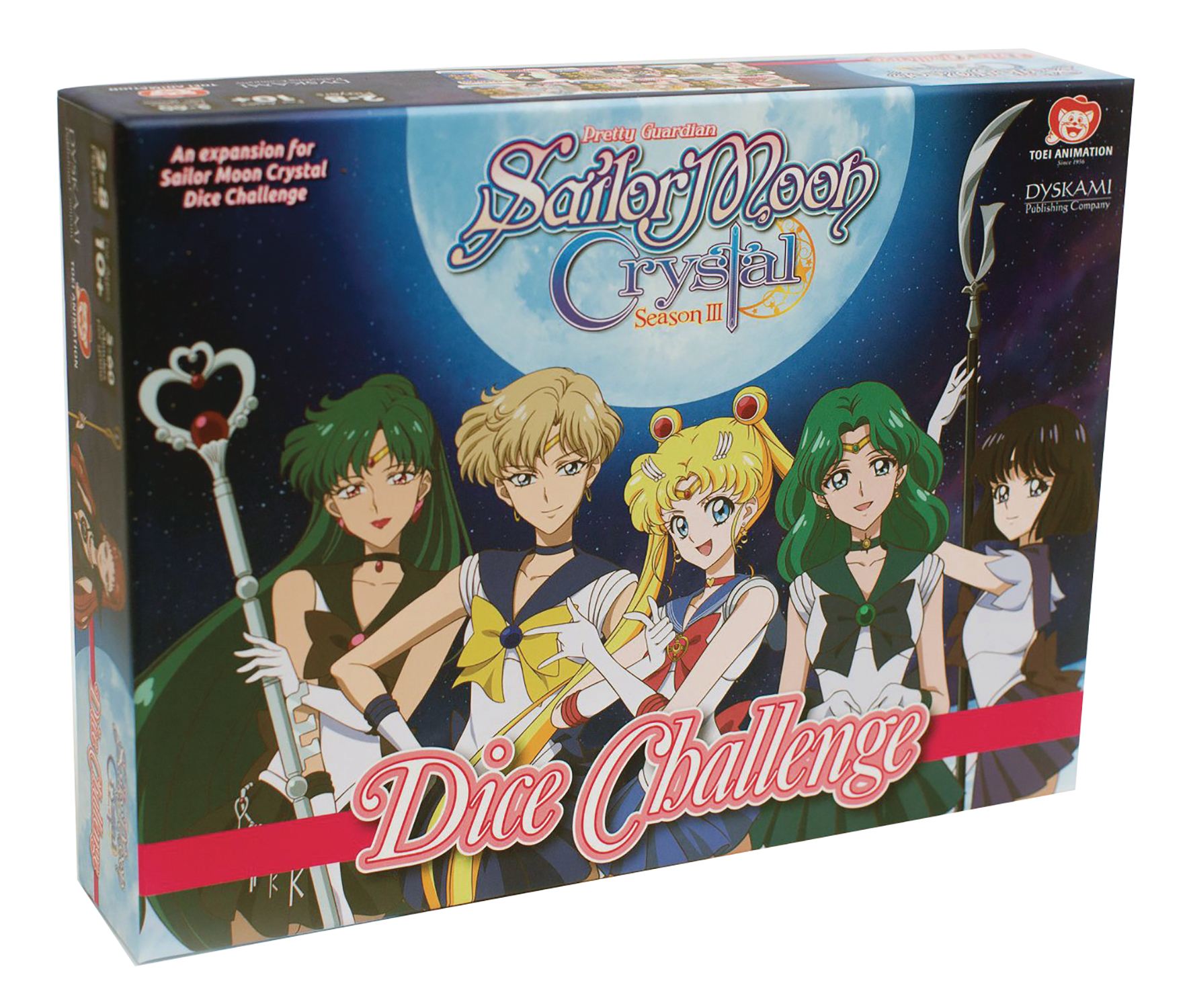 APR198280
An expansion to Sailor Moon Crystal Dice Challenge, the core battle game based on the ever-popular Japanese anime series, Sailor Moon Crystal! New Pretty Guardians from the Outer Planets have arrived just in time to defeat the Witches 5 and Mistress 9 of the Death Busters! Combine this set with the characters from the base game for one-on-one battles or team up for larger action! Each player selects one of the 12 included Sailor Moon Crystal Season 3 characters to battle in several rounds of combat.
In Shops: Aug 14, 2019
SRP: $24.99