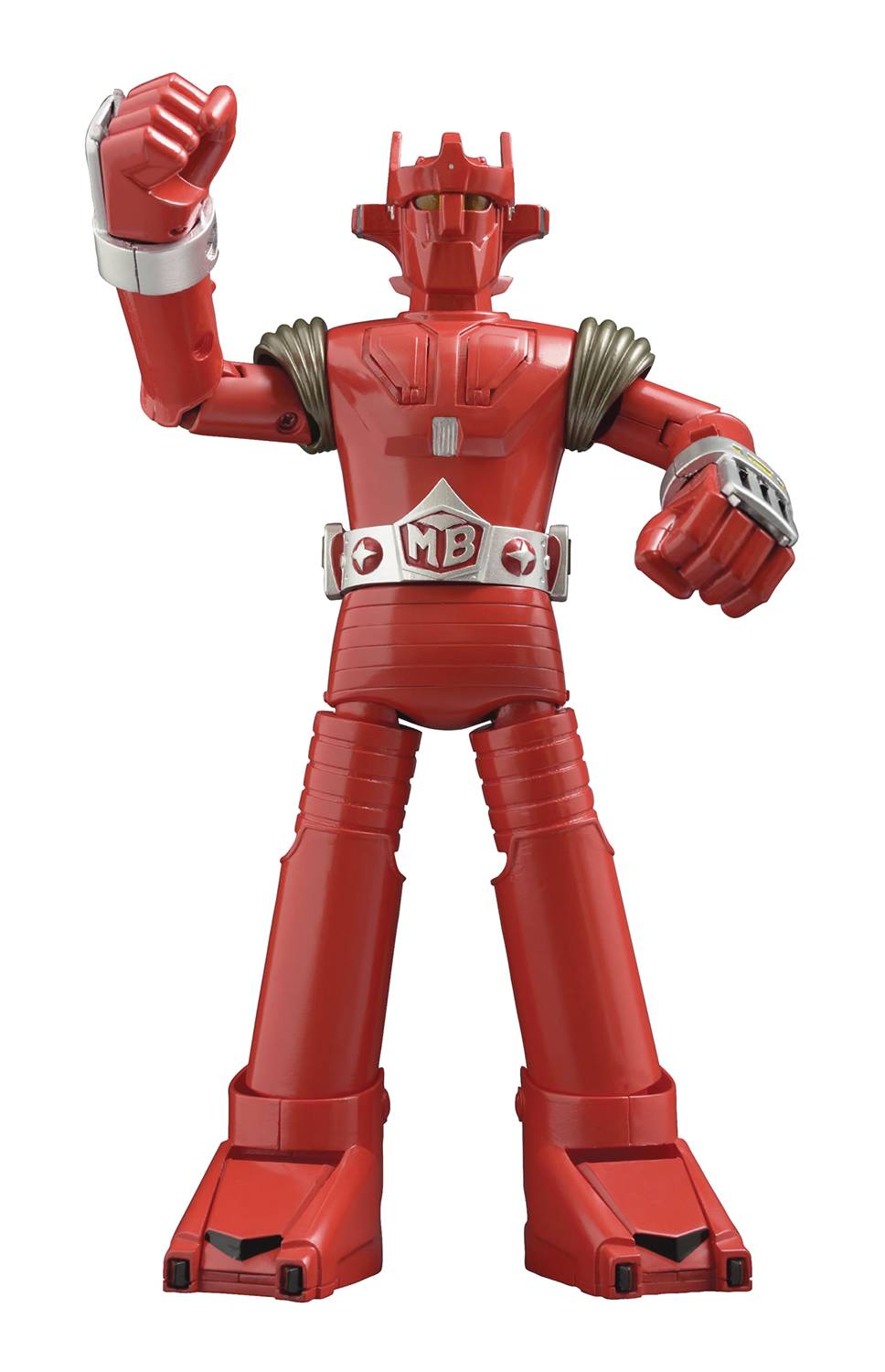 #
APR198274
From Evolution Toys. Mach Baron, the hero of the 1974-75 series Super Robot Mach Baron, is the newest member of the Metal Action figure lineup from Evolution Toy! Made with a high percentage of die-cast for heft and durability, he's an impressive 8 1/4" tall. His head includes a built-in LED so his eyes can light up (battery is not included), and his Mach Trigger vehicle is included in both flight and stored mode, and the Mach Trigger can be stored inside Mach Baron just like in the show! His built-in weapons are also included (reproducible with almost no parts replacement).