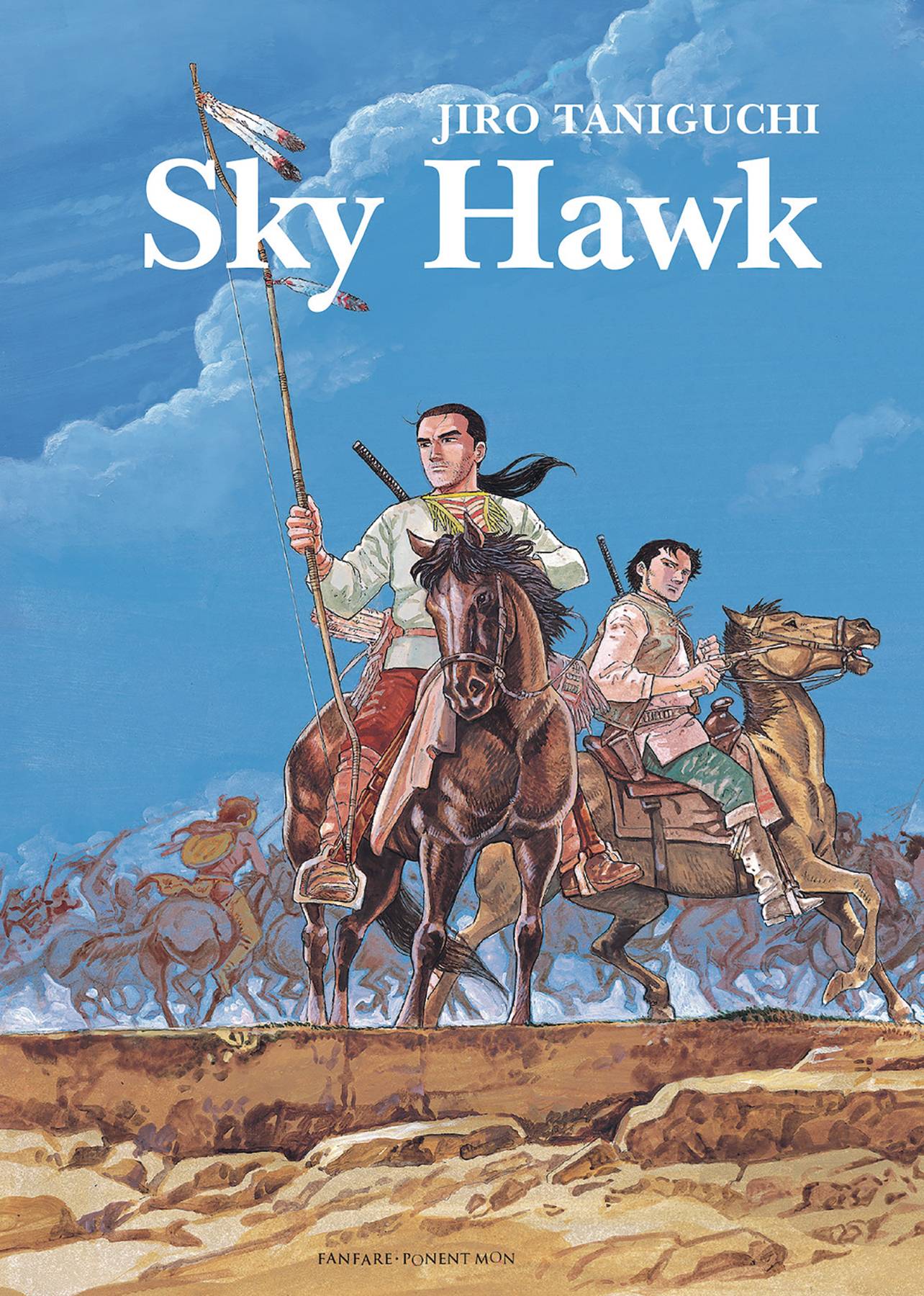 #
APR192250
(W) Jiro Taniguchi (A/CA) Jiro Taniguchi
Defeated samurai Hikosaburo and Manzo, exiled from Japan during the Boshin War in 1868, travel to North America and settle in the mountains of Crow territory. One day Hikosaburo encounters a young native woman who has just given birth hidden in the scrub. Called Running Deer, she tells of how she escaped from two white traders who had "bought" her! Taniguchi's well-researched detail and meticulous artwork reveal an accurate portrayal of the "Indian Wars" of the period and present a fascinating view of the daily lives and relationships of the Oglalas, and how the code of honor compares to that of the Samurai.
In Shops: Aug 21, 2019
SRP: $25.00