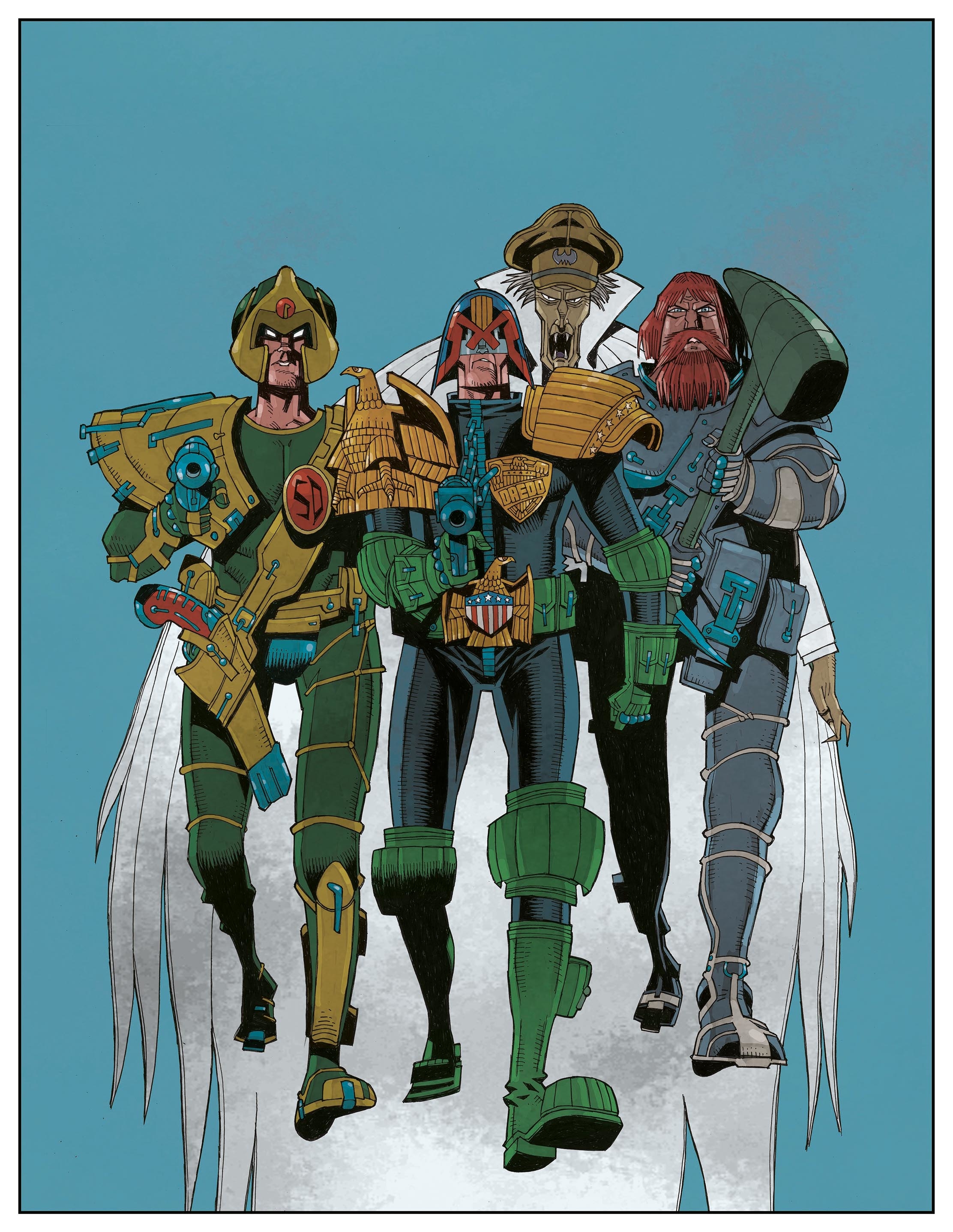 APR191909
(W) Various (A) Various
2000 AD pays tribute to Judge Dredd co-creator Carlos Ezquerra, who died in October 2018, with a summer special featuring some of his most popular characters. Alan Grant and Robin Smith have Dredd tackle perps in a very unique location in "Night at the Museum"; Guy Adams and Dave Kendall reveal an untold story of Romanian vampire soldiers the Fiends of the Eastern Front in "Strange Meeting"; and Viking Wulf Sternhammer comes to terms with life in the future in "Valhalla" by Michael Carroll and Patrick Goddard. Plus the first two completed chapters of the project that John Wagner and Ezquerra were working on when he died: android cop Spector, programmed to root out corruption at the highest level. Plus poster by Cliff Robinson, and cover from Mick McMahon.