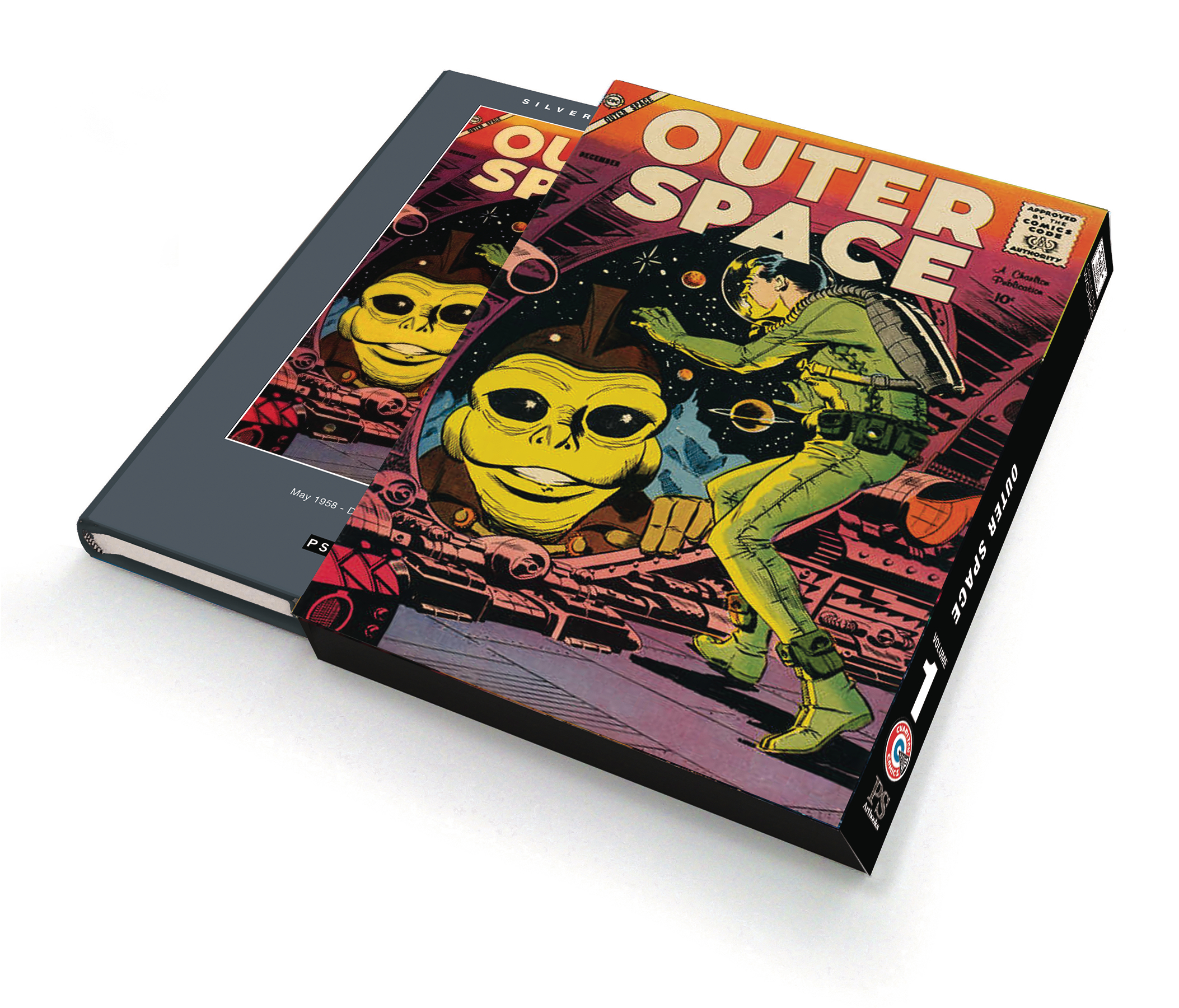 APR191907
(A) Rocco Mastroserio, Bill Molno, Charles Nicholas, Steve Ditko, Dick Giordano, Paul Reinman, Maurice Whitman, Matt Baker, Al Williamson
You're gonna  have to trust me on this gem (formerly THIS MAGAZINE IS HAUNTED) from Charlton  Comics cos it's a bona fide brute and one not to be missed a jot. But, hey, don't listen to me, just take a look at the cover of this issues in this sumptuous volume and then try convince both me and your own good self that, nah, you won't bother with this one. Yeah, right, with writers and artists including Rocco Mastroserio, Pat Masulli, Charles Nicholas, Paul Reinman, Dick Giordano, Maurice Whitman, Sol Brodsky, Matt Baker, Bill Molno, and Ernie Hart plus the ever dependable Al Williamson and Steve Ditko. There's gold in them there interstellar asteroid hills, astronaut-lovers, further evidence that there were plenty of other houses of ideas way beyond Stan and Marvel. Gee whiz, it's a great world. Collects Outer Space #17-21 (May 1958 to March 1959).
In Shops: Aug 21, 2019
SRP: $55.99
View All Items In This Series