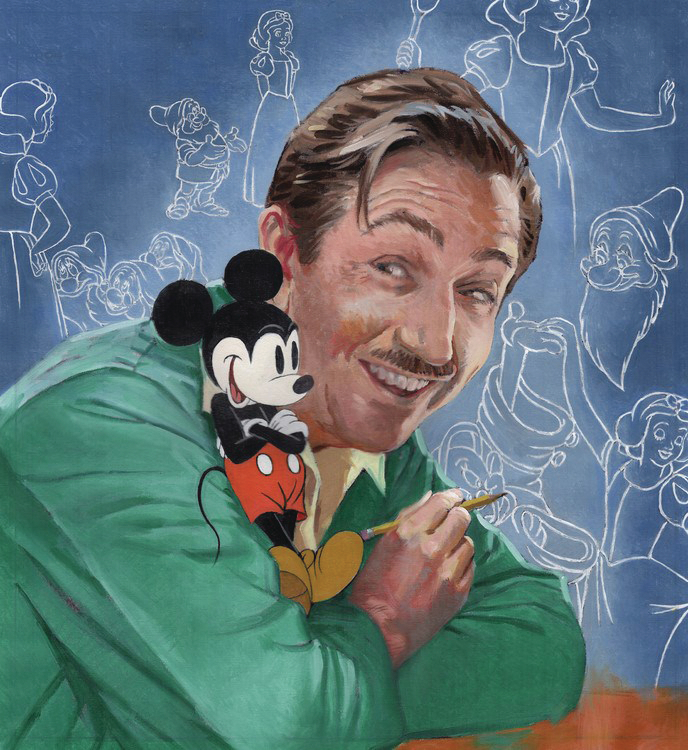 APR191643
(W) Doreen Rappaport (A) John Pomeroy
Walt Disney's name is synonymous with family entertainment. From his childhood in rural Missouri to his legendary stature as a film and television icon, Walt governed his life with imagination, ingenuity, and scrupulous attention to detail. Charting Walt's progression from farm boy to actor to artist, animator, director, and entertainment celebrity, Walt's own words are presented and contextualized within Doreen Rappaport's signature compelling prose. Illustrated with vivid authenticity by animator/painter John Pomeroy, this stunning entry in the award-winning Big Words series reveals a man of deep and varied passions with a constantly evolving vision, and a storyteller above all.
In Shops: Jun 05, 2019
SRP: $8.99